China's 'world's factory' tag threatened by Vietnam, but 'there's nothing to worry about', analysts say

Vietnam's first quarter exports reached US$88.58 billion (S$123 billion), up by 12.9 per cent from the previous year, according to Vietnam's Ministry of Industry and Trade.

Worries that Vietnam could replace China to become the new manufacturing powerhouse are overstated, according to analysts, despite lockdowns and stringent coronavirus restrictions shifting orders to Southeast Asia.

Headlines have been stirring up controversy in the world's second largest economy since Vietnam's first quarter exports reached US$88.58 billion (S$123 billion), up by 12.9 per cent from the previous year, according to Vietnam's Ministry of Industry and Trade.

Chinese state media reports converted the value of Vietnam's first quarter exports to 564.8 billion yuan (S$117 billion) at the time, exceeding the 407.6 billion yuan shipped from China's main export hub of Shenzhen in the first three months of the year.

But industries will inevitably cluster in Southeast Asia to take advantage of lower costs, and China's upgraded industrial chain will remain vital in the region and beyond, the analysts added.

"There's nothing to worry about in terms of manufacturing industries in China offshoring to Southeast Asia, because those that left were low in the value chain," said Yao Yang, an economist and professor with the National School of Development at Peking University during an event last week.

Yao added despite concerns triggered by Vietnam's rising manufacturing capability, China will keep its title as the so-called world's factory for at least 30 years.

Offshoring low added value products to Southeast Asia enables Chinese consumers to benefit from cheaper goods, while domestic industries free up capacity to allow them to upgrade, he said.

And Vietnam's surging exports did not come as a surprise, nor source of anxiety, for manufacturers in Guangdong as industrial offshoring has been occurring for some years.

"Vietnam's export industry is closely linked with the Pearl River Delta and our domestic industrial chain and supply chain, thus our exports are also benefiting," said Peng Peng, executive chairman of the Guangdong Society of Reform, a think tank connected to the provincial government.

"If Vietnam's exports are contributed by Chinese industries, it is also a way to avoid trade disputes.

"Vietnam is a country with a population close to that of Guangdong, to compare it with Shenzhen, a city, seems a little demeaning."

Vietnam's gross domestic product (GDP) was less than a fifth of Guangdong's by the end of 2021, while its population is around 78 per cent of the Chinese province. 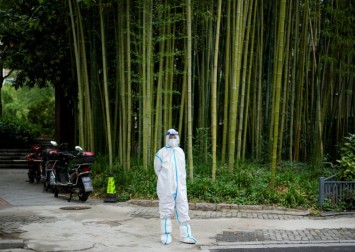 In the first three months of the year, the United States was Vietnam's largest export destination, followed by China and the European Union.

In March, Vietnam's exports grew by 45.5 per cent month on month and 14.8 per cent year on year to a record US$34.06 billion, over US$10 billion more than Shenzhen but just 60 per cent of Guangdong exports which reached US$57.7 billion.

The global proportion of China's manufacturing value-added output also rose from 22.5 per cent to nearly 30 per cent, close to the United States, Japan and Germany combined.

Tang Jie, an economics professor and the former deputy mayor of Shenzhen, said industries will switch to Southeast Asia when the gap of economic development widens between China and its neighbouring countries.

"The average income in Vietnam is about a tenth of ours, so [the displacement] is inevitable, just like massive industries coming in during our economic reform," Tang said.

In addition to Vietnam, Indonesia and India will also be popular offshoring destinations due to the availability of cheap labour, he added.

"China must remain cautious about Vietnam's exports surpassing Shenzhen, the real problem we must solve is the inevitable upgrade in the manufacturing industry," Tang added.

"We can't simply tell companies, 'don't go', rather we need to create a better environment to facilitate companies to move up the value chain."

Amid the accelerating reconstruction of the global supply chain, China's advantages have become its large market potential, growing innovation as well as high overall efficiency that has continued to attract multinational companies, according to a Ministry of Commerce report published earlier this month. 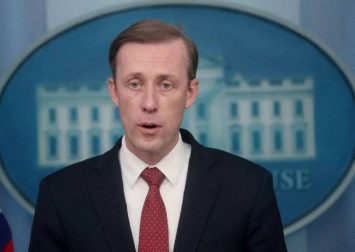 It added that China's role in regional supply chains has become increasingly vital, as it is the largest trading partner for most Asian countries.

"Investment in China means establishing a tight connection with the whole Asia, and a wider space for growth," the report said.

China's fear of losing its title as the so-called world's factory comes as the external environment has become increasingly complicated due to geopolitical conflicts, such as the US-China trade war and the Ukraine war, prompting countries to re-evaluate the risks resulting from supply chain overreliance and interdependence.

The launch of Indo-Pacific Economic Framework (IPEF) sparked new concerns that the US will encourage industries to move to Southeast Asia.

"Despite the high profile launch of the IPEF, the US will not be able to offer anything substantial to Southeast Asia countries because its own domestic industries that could be offshored have all been offshored," added Yao from the National School of Development at Peking University.

"There's no way the US can help with anything, the Biden administration coyly offered US$200 million, claiming they will help the Southeast Asian countries to finish industrial displacement, while US$200 million is measly."

The IPEF, which is not a traditional free-trade agreement but seeks to establish rules covering areas from supply chain security to carbon emissions, was launched in Tokyo last month.

The US has said 13 Asia-Pacific nations, accounting for 40 per cent of the world's GDP, had joined — though crucially not China.