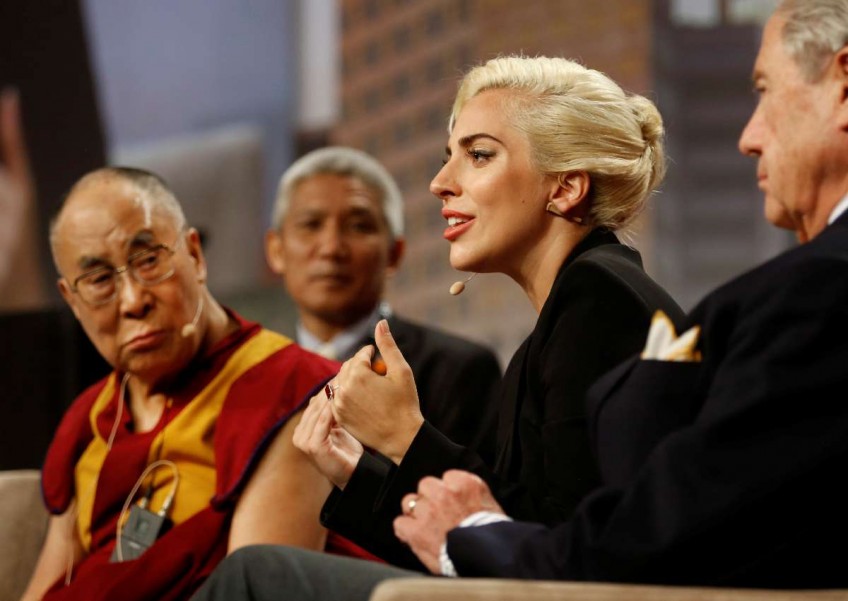 The Dalai Lama and singer Lady Gaga appear together for a question and answer session on "the global significance of building compassionate cities" at the U.S. Conference of Mayors 84th Annual Meeting in Indianapolis.
Reuters

The pop star met with the exiled Tibetan spiritual leader at the United States Conference of Mayors in Indiana, where the Nobel laureate gave the keynote speech.

After Lady Gaga posted a photo of the two of them on Instagram, a photo sharing site owned by Facebook, the image was inundated with abusive comments.

"Hope is essential to keep the world going." - His Holiness the Dalai Lama #withcompassion #usmc2016 #kindyouth

"The way the Chinese feel is just like you were shaking hands with Bin Laden," one poster wrote.

Another said: "This is proof that she can love and respect a Chinese terrorist. She fundamentally looks down on Chinese fans, and even all Chinese people." Asked by AFP if the meeting would lead to a "bad romance" between Chinese authorities and the singer, foreign ministry spokesman Hong Lei did not recognise the recording artist.

"Who?" he asked. The Dalai Lama was "touting his Tibetan independence policies around the world" he said, adding: "We hope people can see through to his true nature." The Dalai Lama's speech mainly focused on hope for the future, US reports said.

"Now, the time has come that America should be the leading nation in the promotion of human compassion, human love in order to achieve compassionate world," he said, according to the Indianapolis Star newspaper.

"I think in my lifetime we can achieve that. But effort must start now."