Chinese New Year: A marriage of mirth and misery 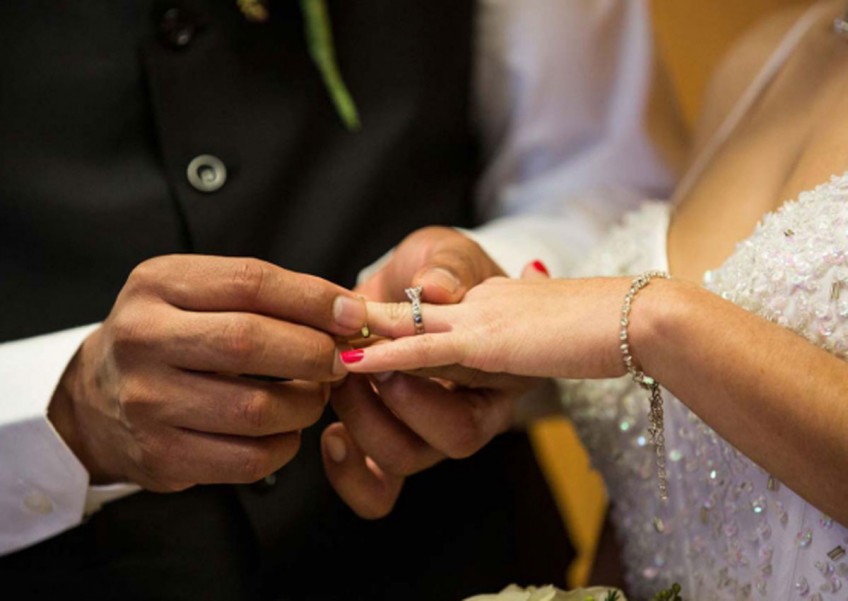 The lunar new year gives many young Chinese a lot to look forward to, and at least one thing to dread

It's that time of year when all over China those of a particular age wake up in a cold sweat in the middle of the night worrying about what is about to befall them.

Shortly they will face a patience-testing trek home crammed into trains with thousands of others just as on edge as they are, and at the end of this journey the final dose of morale-draining torture, administered orally just as they begin to unwind from their trip, will be dispensed by their loving parents: "Why are you still single?"

It's a ritual of Spring Festival that millions in their late 20s or early 30s face, and everyone handles it in their own way, even as the more positive aspects of the occasion - hugs, chatting and laughing around the meal table and the distribution of red gift envelopes - proceed as they should.

"I really can't face going home," a friend from Guangzhou tells me. "It was my father's birthday last week, and that day I called my mother. Do you know what she said? 'Your grandfather is going to have a serious talk with you.' I know exactly what he's going to say: 'You must get married.'"

She is the only one in the family's third generation who is single.

"I just don't get it," she says. "Why should they care about it? What has my being married or not got to do with them?"

This woman is in her mid 30s and has worked in Beijing for 15 years. Life is comfortable, and she owns a small, comfortable apartment in a nice area. She has had a boyfriend for nearly 10 years, and every weekend she takes a one-hour trip on the subway to see him, staying with him and his parents over the weekend, before returning home on Sunday night.

"I don't want to change my way of life right now," she says. "When I am thinking of having a baby is the time I will marry."

Her boyfriend apparently accepts this and like her is happy with the way things are.

"I always wonder why my mother is so keen on me marrying," my friend says. "I don't think she herself has a good marriage."

Her parents live apart, and her mother spends most of her time taking care of her own father.

"On my father's birthday all he and my mother did was have lunch together."

She then jokes: "I think grandpa needs to have a talk with his daughter first, to get her to devote more time to her husband."

Turning serious again, she says: "My mother said she will have a serious talk with my boyfriend during the Spring Festival, telling him to either marry me or to break up with me. I'm really frustrated."

Other friends of mine talk of similar experiences.

"My father texted me last night at 2 am saying he was so worried about having an unmarried daughter in her 30s that he couldn't sleep," a young woman says.

Another friend, in her early 30s, says: "I cannot sacrifice myself to please anyone."

Her advice to anyone in this predicament: "Let them say whatever they like, and you do whatever you like."

These three young women are all independent and have a good education and good jobs.

"I reckon I'm now living through the best period of my life," the woman from Guangzhou says.

"Do you know what's more important? It's freedom. I can fully support myself with everything. I enjoy traveling with friends. I don't need to worry about household chores. I see my boyfriend once a week. He has his own apartment, which is close to his parents upstairs. Usually we have lunch and dinner with his parents and go back to his place. We both like it that way - free and peaceful."

She sometimes thinks about what married life would mean for her, including spending two hours a day commuting, having to act in a certain way in front of her parents-in-law, doing household chores and cooking.

"No, that's not what I want. The only thing I see in marriage is trouble."

With those kinds of thoughts she is apparently not alone, because millions of young people in China seem to be blissfully single. Government figures suggest that of those eligible to marry, about 200 million are single. More women choose to live alone, especially in big cities. Some have stable relationships, and some are looking for their Mr Right. And some enjoy living alone. Presumably many of them are smart, have good jobs and earn enough money to live comfortably.

Yet even though they are as independent in their living as one can be, their parents cannot disabuse themselves of the notion that they need a man, and their children have a certain degree of privacy.

Young men are not immune from overbearing relatives, and many have resorted to paying young women to pretend they are their girlfriends just to get these meddlers off their backs. But that sham can last only so long, until the next big lie has to be told, that the relationship has unfortunately broken up.

So will getting married shut the busybodies up? Not quite.

"My mother keeps on asking me to have a baby," says a friend who married three months ago. "I'm sure it will be the subject of much discussion over the Spring Festival. That's what you call life and its pressures."

As for my friend from Guangzhou, she has a lot to be preoccupied with as Chinese New Year's Day and those "serious talks" approach.