I could be in an open-air market, one of those places you go to find key chains and shrink-wrapped T-shirts, or in a restaurant district where men in aprons wave tourists into empty bistros, when I hear: "Konichiwa. Ni hao ma. Chinese, or Japanese?"

I travel, in part, to be decontextualised: anonymous, outside the grooves of my routine and home culture. But it's in these moments I feel shackled by the stereotypes associated with my East Asian face.

In Cuba, locals addressed me as "Chino" and pulled back their eyes. In Bali, a cab driver insisted on telling me where to find mie goreng - the Indonesian variant of chow mein. Once in Prague, I was given directions out of a subway station by a group of teens who called me "Bruce Lee-ski". 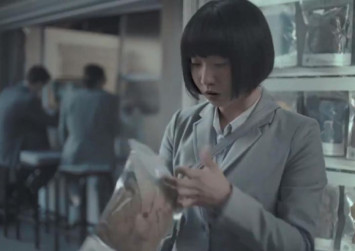 There would be no point explaining to them that I'm a Hong Kong-born Canadian who does not speak Mandarin, much less Japanese. I'd just get asked: "Where are you really from?"

After years of pushing back, I have now resigned myself to the knowledge that I'll always travel as an Asian.

With that in mind, I asked some ethnically Asian frequent travellers how they deal with this form of racial profiling.

It helps, they tell me, to know what Asian tourists mean to others. Chinese-Canadian travel writer Christina Guan, who runs the travel blog "How Not to Travel Like A Basic Bitch", sees a set of recurrent stereotypes from her own travels in Europe. "They love to take a lot of photos, they have big cameras, they travel in large groups," she says, describing those associated characteristics of an Asian traveller.

In locations that often see Asian tour groups, she adds, these attitudes sometimes result in rude remarks or treatment.

In the 1980s, the Japanese tourist, festooned with high-priced cameras, was how Asians were perceived abroad. Dorky but polite, this stereotype feels benign next to negative connotations inspired by the more recent wave of travellers from China: obnoxious, super-rich tourists spitting out from tour buses.

As all stereotypes go, these are reductive. Reports circulating of the misbehaviour by some Chinese tourists seem to confirm these beliefs. But I read a kind of glee in this clickbait that makes me think these reports say as much about their audience as the Chinese people in question.

"In Western countries, pickpockets have a notion that Asian folks are easy targets," says Chua, who was raised in the Philippines and runs a blog called "I Wander".

In the tourist industry, Asians are sometimes treated worse than Western white tourists. Ironically, both Guan and Chua observe that this happens most commonly in Asia. "I've been to many establishments within [Asia] where white travellers are treated like VIPs while Asian travellers are given mediocre service," says Chua.

"Oftentimes Asian travellers are confused for locals, and therefore aren't given the preferential treatment that many white travellers are given," adds Guan, who has also heard anecdotally from Asian friends who find it difficult to befriend other travellers in Asia because they appear to be locals, rather than other travellers.

For Dia Jin, a Chinese-American travel video blogger at Here with Dia, the difference in treatment she receives from a white traveller is sometimes welcome. "I enjoy being able to blend in when I travel in Asia," says the blogger, who has been travelling full-time since 2017.

When dealing with invasive questions about their ethnic provenance and other microaggressions, these travel writers chalk it up to a deficit in awareness rather than malice.

"I would say that 90 per cent of microaggressions I encounter do not come from genuine malicious intent," says Guan. "Rather, they stem from a barrier in culture, age, or simply from a difference in life experience." She corrects people politely rather than getting upset.

Chua recalls locals murmuring "ching chong chang" behind his back when he was abroad in Spain, Hungary, and Iran. "I used to retort by shouting where I'm actually from, but I realised it's of little use," he says. "Most people who utter such things have a limited knowledge of East Asia."

If there is one bonus to being racially stereotyped, it might be that is has made me more attuned to elements of my Chinese heritage.

In Lisbon, I compared the pasteis de nata with the Portuguese egg tarts I'd had in Chinese bakeries in Hong Kong and Vancouver. In Scotland, I tried rice fried with pieces of potato. In Peru, I saw a Chinese-Peruvian politician proudly campaign as "El Chino" (a nickname shared by former president Alberto Fujimori) and noticed the Chinese calendars in grocery stores in Lima. No matter what place I go, I can find traces of my heritage.

There are Chinese everywhere, I tell myself proudly. For all they know, I could be a local.

I just need to put away my camera.