A man wearing a mask to prevent contracting the coronavirus walks past a branch of the Shincheonji Church of Jesus the Temple of the Tabernacle of the Testimony in Daegu, South Korea on Feb 21, 2020.

The assassination of former Japanese prime minister Shinzo Abe created shock waves throughout Japan and the rest of the world.

The news had a particularly profound effect among religious organisations originating from South Korea, given the late premier’s connections to the Unification Church.

Those organisations are called “fringe churches” because it is thought they “systematically and deliberately force religious gaslighting” on followers, according to Tark Ji-il, a professor at Busan Presbyterian University and a critical researcher of fringe churches.

He is surprised at the attention the incident has brought to the church. “There were always concerns about people who had family members involved in fringe churches, but I would’ve never guessed that the problem would become this publicised,” Tark said.

Tetsuya Yamagami, the gunman arrested for shooting Abe, held a grudge against the Unification Church which he believed was responsible for his mother’s bankruptcy. She has apologised for her son’s actions but said she remains a committed member of the organisation.

The founder of the Unification Church, Moon Sun-myung, called himself a Messiah and claimed to have met Jesus in 1935. Members believe their leader was “called” to complete the salvation of mankind. Moon died in 2012 of pneumonia and organ failure.

In the mid-1990s, a Japanese court awarded more than US$150 million (S$207 million) in damages to thousands of Japanese people who sued the church and a Moon-owned company called Happy World.

The claimants said they were pressured into donating millions of dollars to guarantee the happiness of their late loved ones in the afterworld.

Since 1987 the Unification Church in Japan has paid billions of dollars in damages in lawsuits. 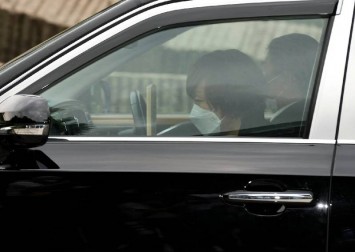 Members have been brainwashed into believing they must ask forgiveness of their ancestors who conquered Korea, by raising funds for the church’s homeland, according to a report by South Korea’s Bareunmedia, an anti-cult media agency that produces content about fringe churches and provides advice on avoiding these groups.

So-called “spiritual sales” have been at the centre of the church’s profit-making in Japan.

A “spiritual sale” is when a dead person is believed to be “elevated” in the spirit world after money is given to the organisation, which has claimed ordinary objects possess special spiritual powers.

According to Bareunmedia, there are more than 30,000 cases on record of people being conned into parting with money for spiritual sales, accounting for 1,326 trillion won (S$1.4 billion) in costs from 1987-2017.

Japan has traditionally provided as much as 70 per cent of the church’s wealth, according to historians’ who have studied the church according to The Washington Post.

What are fringe churches?

Hwang Euy-jong of the Cult Counselling Centre in South Korea has been studying fringe churches for about two decades. The centre provides counselling and advice for people who hope to get their family members out of such alternative missions.

“The Unification Church has been mostly quiet after the Abe incident, just like Shincheonji remained still for more than a year during their Covid-19 outbreak at their branch church in Daegu,” he says.

Shincheonji was notorious for propagating their views in public, but mostly stopped during the pandemic, in part due to negative press.

In 2020, Shincheonji was blamed for South Korea’s first major outbreak when church members assembled in hundreds in close circles even after the government advised against eating together or gathering during the onset of the pandemic.

Its members also did not comply with the government’s test-and-trace strategy. According to Shincheonji whistle-blowers, the leaders condemned the pandemic as a hoax by authorities who want their church to falter in strength.

Hwang is concerned some organisations are not labelled as “fringe” by people who believe traditional churches and fringe churches are the same. In addition, the groups’ illegal activities may not be known about overseas, where there has been “an aggressive propagation approach” according to Hwang.

Tark defends the Unification Church and says it has been labelled a cult “due to its doctrine falling astray from traditional Christianity”.

A comprehensive report by Bareunmedia in 2019 provides insight into some of the most controversial groups that originated from South Korea.

Shincheonji is the most well-known fringe church in South Korea. Its size of about 200,000 members and mass recruitment methods in college campuses, community centres and on street corners in Seoul make it a notoriously tenacious organisation.

Members have been known to encourage divorce from spouses who are not followers – even resorting to violence and kidnapping deserters. 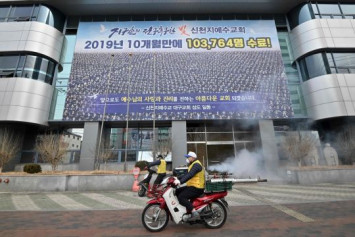 There’s also the extortion of money through fears about the world ending. The Church of God is known to have collected tithes to construct lavish buildings that it says would provide “refuge” for members when this happens. Another group, the Salvation Sect also believes this.

Shincheonji and some other fringe churches have reportedly used such methods.

According to the Bareunmedia report, Shincheonji has branches in some 40 countries outside Asia.

One of the Salvation Sect’s major churches, Good News Mission, has established 202 churches globally, while Life Word Mission, another branch, has expanded in 81 different countries to create 338 centres of its own.

“It’s not easy to combat these groups in any way as South Korea, the US and Japan hold the freedom of religion highly,” Tark said. “Just as our government is focusing attention on the psychological needs of citizens, there needs to be policy reforms in what constitutes religious fraud and damages.”