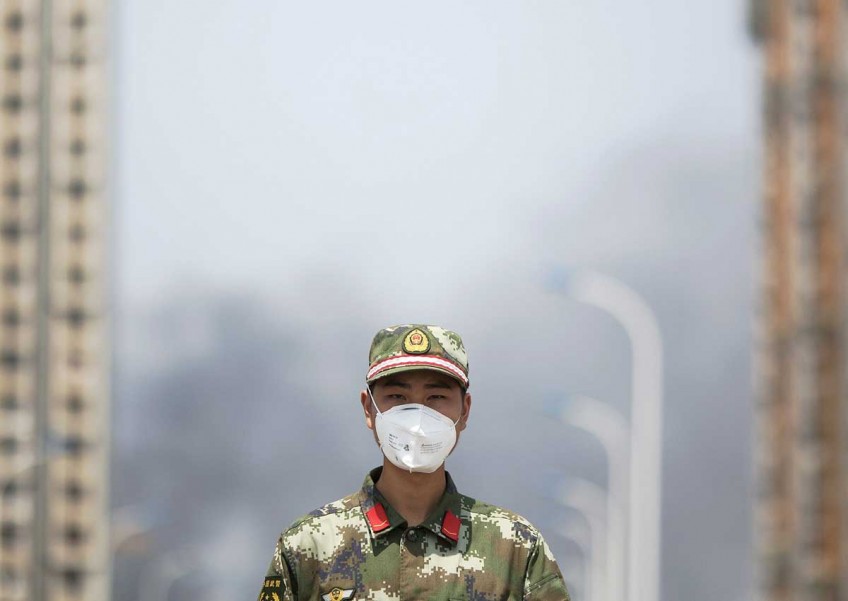 A paramilitary policeman wears a mask as he blocks the road leading to evacuated residential area and the explosion site in Binhai new district in Tianjin, China
Reuters

BEIJING - Workers have completed the removal of a large pool of contaminated water that formed after deadly explosions in the port city of Tianjin last month, state media reported Wednesday.

The last 700 cubic metres of wastewater from a pond several metres deep was pumped out, the official Xinhua news agency reported, citing local authorities. The work was finished on Tuesday, the report said.

A total of 165 people died as a result of the explosions of August 12, Tianjin authorities say, with nearly 100 of them firefighters. Eight people are still missing.

The explosions and their aftermath raised a host of questions in China about industrial safety, as well as the enforcement of residential zoning regulations, government transparency and the adequacy of firefighter training.

Thousands of tonnes of hazardous chemicals were stored at the site of the blasts, officials have said, including about 700 tonnes of highly poisonous sodium cyanide, a white powder or crystal that can give off lethal hydrogen cyanide gas.

The warehouse was built within 600m of some residential buildings, despite a regulation mandating any hazardous material storage facilities must be at least 1,000m away.

Separately, Xinhua reported that a seriously injured teenaged fireman emerged from a coma on Tuesday more than a month after the explosions.

Nineteen-year-old Zhang Chaofang was recovering at a Tianjin hospital and was able to speak, Xinhua quoted his doctor as saying.

China agreed to unusually large payouts to the families of firefighters killed in the explosions, local media reported earlier this month, after the disaster raised questions over whether the young men's training was sufficient.

Each family will receive 2.3 million yuan (S$510,000) in compensation, a payment that includes extra money for "martyrdom", the Beijing News reported.