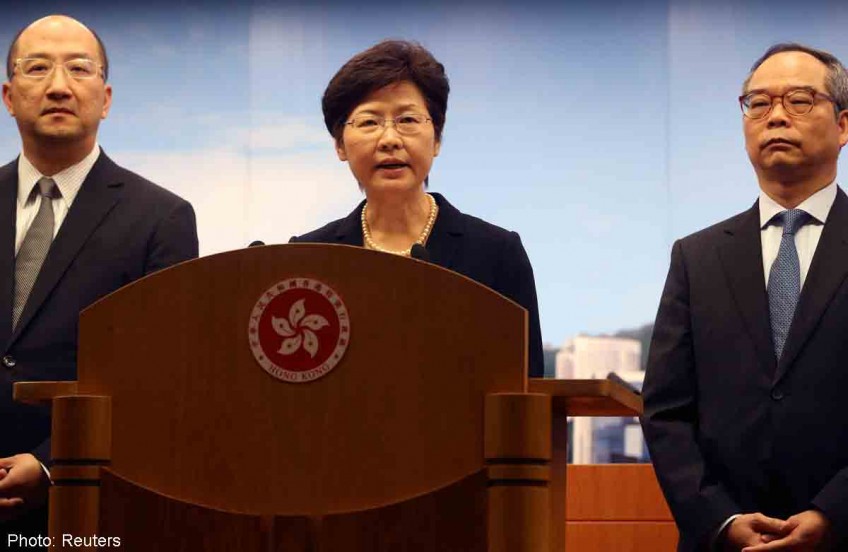 Hong Kong's acting chief executive yesterday called on pro-democracy protesters to clear sites they have occupied for more than six weeks or face arrest, a move that could swell protest numbers.

Hundreds of student-led demonstrators are camped out in two key districts of the Chinese-controlled city, where they have pitched tents and set up supply stations on roads bisecting some of the world's most expensive real estate.

Hong Kong media reported that the authorities could start removing protesters as early as today.

"To those who are unlawfully occupying the roads, we call for you to leave the areas quickly and peacefully," said Carrie Lam, acting leader while Chief Executive Leung Chun Ying attends the Asia Pacific Economic Cooperation (Apec) summit in Beijing.

She warned that there was currently "no room for negotiations" between the authorities and protesters, urging them to move from rally sites after a court authorised bailiffs to call on the police if they were stopped from carrying out clearances.

The protesters are demanding fully democratic elections for the former British colony's next chief executive in 2017 instead of the vote between pre-screened candidates that Beijing has allowed.

Ms Lam spoke a day after a court ruled that police could arrest protesters who defy the authorities trying to clear camp sites. She did not provide a timeframe.

"As the place where the whole movement began, Admiralty is likely to be the last area to be cleared because people will come out again real quick if the police touch the nerve of the movement," Matthew Ng, 21, said from his tent in the district next to government buildings.

Many protesters said they would simply regroup if the police moved in.

Almost nine out of 10 protesters said they were ready to stay on the streets for more than a year, according to an informal Reuters survey last month.

The protests, the most tenacious since Hong Kong returned to Chinese rule in 1997, have defied riot police and attacks from hostile mobs, as well as intense government and public pressure.