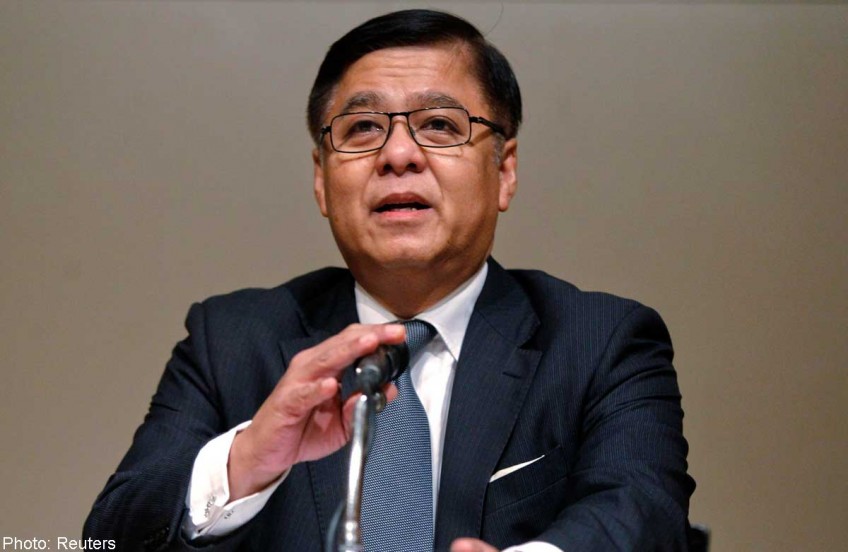 The fate of Cobra Gold, the biggest multilateral exercise in the region, is up in the air as Thailand and the United States grapple with the diplomatic fallout over the May 22 military coup.

Amid tension between Washington and Bangkok - which have run the annual war games for some three decades - the US stressed yesterday that it had not made a final decision about the next instalment in February.

The deputy spokesman of the US Embassy in Bangkok, Mr David Whitted, told The Straits Times in an e-mail: "While routine planning sessions for Cobra Gold may continue, the United States has not made a final decision about conducting the Cobra Gold exercise."

Due to "ongoing US concerns about detentions and freedom of expression", "all US military engagements with Thailand are under review", he added.

"We will wait to hear from the US," he told reporters yesterday, careful to avoid any language that would further strain ties between the old allies.

Cobra Gold, a long-time symbol of the US alliance, carried on without interruption after the 2006 military coup that toppled then Prime Minister Thaksin Shinawatra.

However, after army chief Prayuth Chan-ocha seized power this May, US Secretary of State John Kerry responded by saying there was "no justification" for the coup.

Washington proceeded to cut US$4.7 million (S$5.8 million) in security-related aid to Thailand and scaled down military engagements with Bangkok.

While the junta has declared plans to set up an interim government by September, and also hold elections around the end of next year, it has also mentioned that it intended to share power with this appointed administration by overseeing security affairs.

A senior US official last month told a congressional hearing in Washington last month that the May 22 coup is more repressive and "likely to last longer" than the last one.

The top brass of the Thai junta were subsequently left out of the guest list at a recent US Independence Day celebration organised by the American Embassy in Bangkok, while several leaders of the deposed government turned up.

The European Union, meanwhile, has suspended official visits to and from Thailand and put on hold a partnership agreement.

In response, Bangkok appears to be leaning towards China.