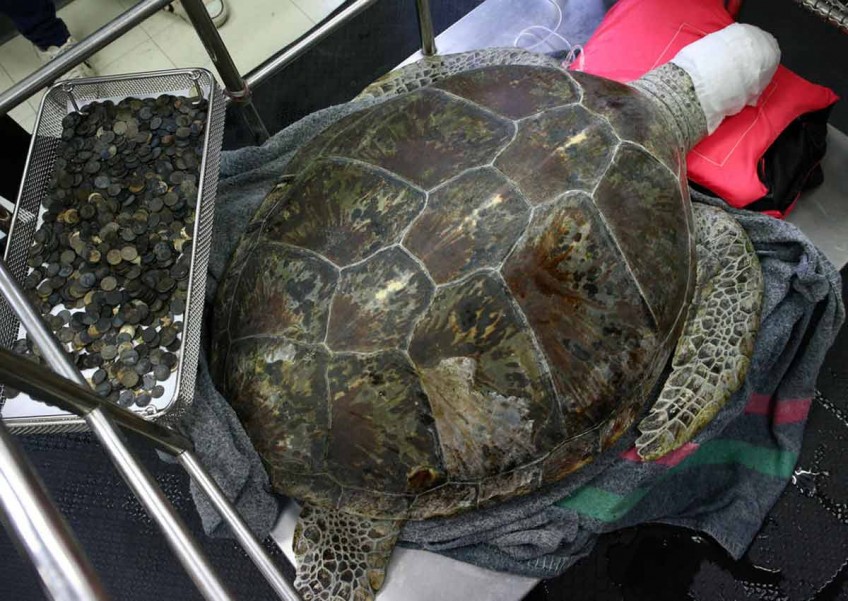 Ormsin, a sea turtle that became an international celebrity, died on Tuesday.

The 25-year-old turtle died from a blood infection. Her condition deteriorated after a second operation over the weekend.

She had been in intensive care ever since with a weak pulse and was being given oxygen. Her vetinerarry surgeons announced the death on Tuesday afternoon.

The turtle had swallowed the coins thrown into her pond by people who believed it would bring longevity and good luck.