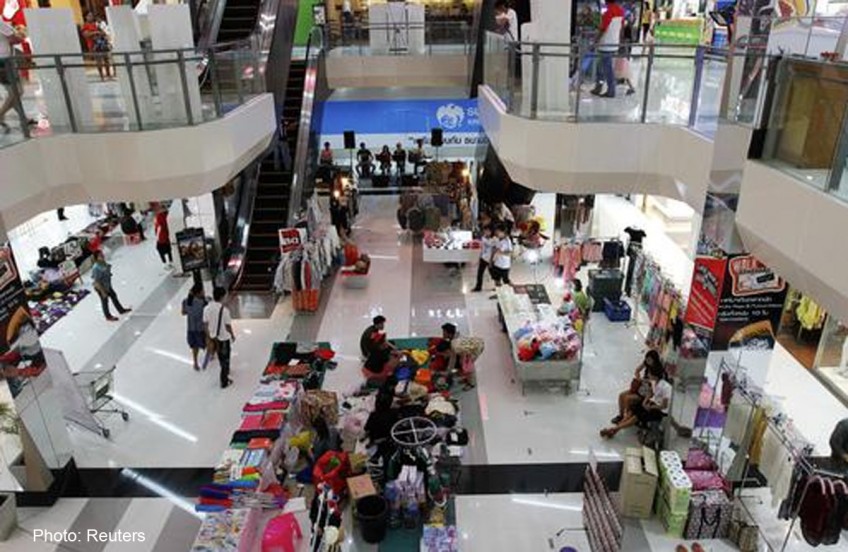 "Udon Thani is considered a shopping paradise because the goods on offer are of premium quality and vary in grade-levels. This has enticed people from neighbouring countries to come [and shop] because the goods are of no less quality than that of Bangkok," Sawat Teeraratnukulchai, chairman of the local Chamber of Commerce said.

Many projects have opened in Udon Thani to include retail stores like Central Plaza, open-air malls like UD Town, as well as hotels, condo blocks and wholesale stores.

Condominiums in particular, Sawat said, would completely alter the way locals live. These projects were not yet complete and there was a large number of reservations for new condos.

He said the new projects in Udon Thani would change locals - make them more like city residents and economically improve society, so it was similar to the capital. This was because locals would have to adjust to the current situation and the fact land prices have become much more expensive.

But compared to Bangkok, Udon does not have problems in terms of traffic.

"People who live in condos bought them in the hope of being closer to their workplace or shopping districts. Some buy them as second homes," he said.

Unlike Bangkokians, who wish to avoid traffic by buying condos located next to the Skytrain, locals in Udon buy them for other reasons.

"… because they want to follow trends of the new generation. Some still have to drive to work or some just walk to their offices. Others buy them for their children.

"In the case of foreigners, they buy condos as places for vacationing because neighbouring countries like Lao PDR often use the international airport at Udon Thani.

"When they come here, these people do not need to stay in hotels but are able to move into their condos, which are much more comfortable, cheaper and safer."

Because locals were not afraid to spend money - for shopping, dining or and travelling - lifestyles had changed greatly.

Apichart Sinthuma, a manager of CP Land, said that "Kalpapruek Condominium" would be the first group to complete condos in the area.

He also revealed that the reason why many foreigners were buying condos in Udon Thani was because of its growing economy - believing that Udon was a port city in the northeast which would grow even more after the opening of the AEC, as it connects to neighbouring states such as Laos, Vietnam, and China.