Construction of seawall may prevent Jakarta from sinking: Governor 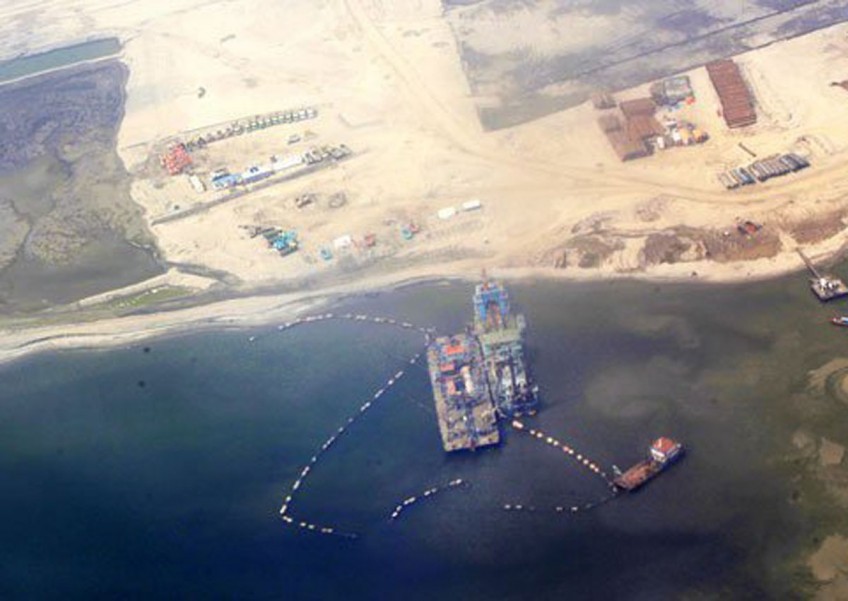 A reclamation project in Jakarta Bay is seen from the air. The reclamation is part of the controversial National Capital Integrated Coastal Development ( NCICD ), which also includes the construction of a seawall.
The Jakarta Post

Jakarta Governor Basuki "Ahok" Tjahaja Purnama has said that a plan to construct a seawall to protect the city from flooding caused by high waves is also expected to prevent the capital from sinking further.

Akok referred to a statement made by President Joko "Jokowi" Widodo in which he said that the capital would sink in 2030 if no preventative measures were taken on account of land subsidence.

The President ordered the Jakarta administration to strengthen measures to mitigate the problem.

The city administration plans to construct a 3.8-meter-high seawall near the Pluit Reservoir that will be equipped with land subsidence measurement tools.

Meanwhile, the central government will also construct B and C seawalls as a part of National Capital Integrated Coastal Development ( NCICD ).

Seawall B will be built on O, P and Q islets in the Jakarta Bay, while C will be constructed in the northern part of reclaimed islets in Jakarta Bay.

In an effort to slow the land subsidence rate, Ahok said, the city had regulated the exploitation of groundwater.

Many commercial facilities in the city still rely on groundwater for their supply of clean water.