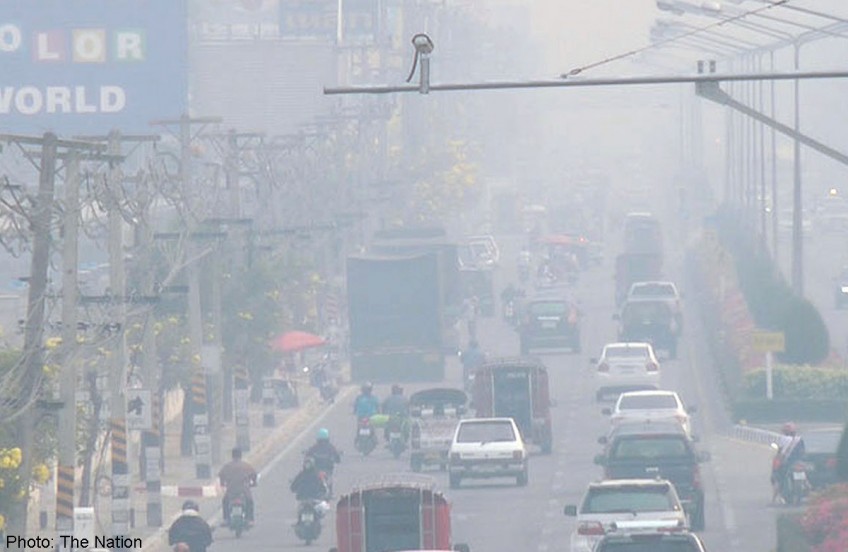 The Chiang Mai Chamber of Commerce has revealed that the burning of corn plantations to clear the fields, covering 5 million rai in the North, is the main cause of the severe haze problem facing the region every year.

As a result, the chamber yesterday said it would contact business operators who bought corn for animal feed and urge them to take some responsibility for the major health threat.

Readings of small particulate matter up to 10 microns in diameter (PM10) were still high early yesterday with Chiang Rai's Mae Sai and Muang districts topping the list with 218 and 204 micrograms per cubic metre respectively.

The level considered safe is up to 120 micrograms.

It was reported that thousands of people - up to about 7,000 in some cases - had sought medical treatment for illnesses caused by the haze each day the past week in the eight upper northern provinces.

Wittaya said an academic team in Chiang Rai found that the main culprit responsible for 70 per cent of the problem was the fires at corn plantations to clear the fields.

In terms of the number of corn plantations, Chiang Rai ranked third behind Tak and Nan, he said, adding that in the North the burns were carried out between February-March.

Wittaya said the chamber would contact relevant agencies and ask business operators who bought corns for animal feed to take some responsibility for the problem.

The chamber would also urge the authorities to notify the farmers and tell them to do the field-clearing burns in rotation rather than burning all sites at the same time.

He suggested that the burns must take place gradually before March, adding that his office would ask those promoting corn growing and major companies buying corn to take responsibility for the problem and promote alternatives to the corn-husk disposal.

Alternatives include using corn husks to make fertiliser and animal feed, he said, adding these measures, if adopted, should help in reducing the haze problem next year.

Chiang Mai University geography lecturer Suthinee Dontree said most corn farmers mainly opted for the burning method because it was cheaper while the region's farmland geography was largely mountainous, making it difficult to bring in machinery.

She said an increasing number of northern farmers had turned to growing corns because many lived on mountains, hence they had no other career choice and no legal farmland.

Corn also required minimum amount of water and the crop was harvested quickly in three to four months, she said. Suthinee said the burns occurred between January and March and some big companies who bought the produce, should help deal with the problem.