The term "corona divorce" is trending on Japanese social media sites as couples forced to stay home because of the global Covid-19 pandemic air their grievances about the state of their marriages.

Twitter, in particular, is serving as a forum for frustrated wives to vent about inconsiderate or demanding husbands, with many messages including hints - veiled or otherwise - that they are at the end of their tether.

Reports suggest couples who are being forced together in other parts of the world are facing similar challenges to their relationships, but the term "corona divorce" resonates particularly in Japan.

In the 1980s, the term "Narita divorce" took hold to describe newlywed couples returning to Tokyo's Narita Airport after their honeymoon and deciding to go their separate ways because they realised they had nothing in common.

Around 35 per cent of marriages in Japan end in separation.

That figure is lower than the 45 per cent in the United States, nearly 41 per cent in Britain and just over 30 per cent in China - although Japan's rate appears certain to rise in the near future, and there have been reports of a spike in divorce filings in China following the movement restrictions imposed earlier this year.

"My husband's loud voice. The sounding of him coughing and eating. The television is on loudly all day. My husband snoring as he lays in the middle of the living room," wrote one Japanese wife on Twitter.

"I've put up with this for 10 days. How many more days will it last? Will my spirit hold?"

Another tweeted: "My husband drinks, he moves around, he does not wash his hands and doesn't know what to do in the kitchen. This misalignment between husbands and wives usually works itself out - but for me, this is a chance to seriously think about my future."

One message was signed "Miserable" and claimed her husband considered her to be little more than a housekeeper.

Another, using the ominous hashtag "Husband death note", asked rhetorically: "Is it easier to get a divorce? Will that refresh me? I want to rid myself of all my worries. I want to rediscover myself. It's dark every day. I'm sick of you looking. I'm always worried. I just sigh."

There are more than 13,000 confirmed cases of Covid-19 in Japan, along with 372 deaths from the disease.

Chie Goto, a lawyer who specialises in divorce cases for the Felice Law Office in Nishinomiya City, in a blog post said couples were facing "situations we have rarely experienced before", with husbands working from home or having lost their jobs, children home from school and the authorities recommending that everyone stay at home as much as possible, even at the weekends. 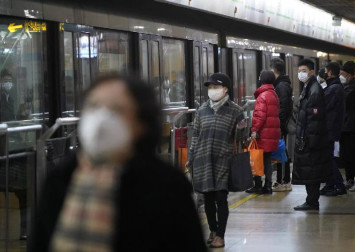 "The home has become a workplace and that is a major cause of the problems," Goto wrote. "People feel stress when their environment changes … and that can lead to a large crack appearing in a marriage."

Goto has listed a number of potential solutions for couples who feel the stress is getting too much, the most important of which is discussing everything openly and exchanging opinions.

Other suggestions include cooking meals together, sharing chores around the home and setting rules on washing hands and other measures to stop a family contracting the virus.

Elsewhere, couples that are handling the coronavirus crisis have other tips for survival. In response to a comment that a wife is "not my staff", a poster on the Japan Today website messaged: "Bravo. A man that gets it. My husband is the same, he doesn't expect me to derail from my routine because he is working from home. He doesn't get frustrated and helps out when he can."

That is not the case, however, with her elderly Japanese in-laws, she added: "My father-in-law does next to nothing. He just hangs around and expects my mother-in-law to keep things clean, three meals a day, find entertaining things for them to do every day. It doesn't surprise me that people are going insane."

It is not only women who are resorting to social media to get their emotions off their chests, with one male Twitter user suggesting that the best tactic is simply to say sorry.

"During a quarrel, when it's with my boss or my wife, I just apologise," he wrote. "Even if I don't even remember what I'm apologising for."