A handout photo. Sharolika Parvin, 16, was an aspiring football player until she was married earlier this year and her in-laws did not allow her to continue playing.

Sharolika Parvin, a 16-year-old from Kurigram, a border district in Bangladesh , enjoyed playing football and took part in tournaments at a national level. Three years ago, she was even named the best player in the Bangamata Gold Cup primary school football tournament.

But now, her dreams of graduating from the local college and playing national-level football have all but evaporated.

Sharolika’s parents married her off to a 17-year-old motor mechanic earlier this year. Her new in-laws will not allow her to play football any more, and her husband will soon take her to Dhaka, the capital city, to live near his workplace.

“My parents’ financial condition went terribly during the coronavirus. Nobody helped us in the pandemic. So they got me married,” Sharolika said.

Her father Shahidul Islam, a farmer, said he was struggling to provide for his family during the pandemic. “I have two more sons to raise. Marrying off my daughter helped me reduce the financial pressure.”

In the remote village where Sharolika lives, at least six other teenagers who played football with her also got married this year. Stories of an increase in child marriages during the pandemic have emerged from other parts of the country too.

Rumi, 15, from the Rajbari district in central Bangladesh, was about to finish her secondary school certificate exam this February. If it were not for the pandemic, she would have been in college now. But instead, she is living with her in-laws as a child bride. 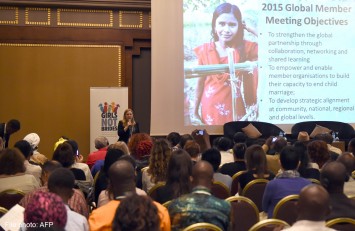 Covid-19 first hit Bangladesh in March 2020. Schools, colleges and universities have been shut ever since the first lockdown was announced that month. Although the economy somehow pulled through, defying the World Bank and IMF’s warnings of economic doom, the country’s education sector is in crisis.

During this indefinite closure of educational institutions, Bangladesh witnessed at least a 13 per cent increase in child marriages, according to a survey conducted by Brac, one of the country’s largest NGOs – representing the highest increase in 25 years.

Bangladesh is one of the world’s top 10 countries for child marriages and home to some 38 million underage brides, Unicef found, with a child marriage rate of over 50 per cent.

Manusher Jonno Foundation, another local NGO, reported 13,886 child marriages in 84 of the country’s 495 administrative regions during the first seven months of the pandemic. Nearly half of those married off were aged 10-15.

Child marriages are not just a problem in Bangladesh, but across South Asia. Last October, Save the Children reported 191,000 child marriage cases occurring in the region throughout 2020.

Sabina Ferdous, a deputy secretary at Bangladesh’s Ministry of Women and Children Affairs, told This Week in Asia that they did not have data on the increase in child marriages, but they monitored how many had been prevented.

The rate of prevention rose during the pandemic, indicating there has been an increase in child marriages during this time, Ferdous said.

The increase in child marriages, however, is not the only issue that Bangladesh is grappling with. The country’s dropout rate at secondary level was 36 per cent before the pandemic but last year, the South Asian Network on Economic Modeling (Sanem) found that more than 45 per cent of secondary-level students were at risk of not returning to schools if they were to reopen after August. They remain shut.

The education ministry is hesitant about reopening schools as the country is battling the third wave of coronavirus cases. The academics fear the indefinite absence from schools will increase the dropout rate drastically.

According to a World Bank report, the overall loss in learning is expected to be substantial, even in the most optimistic scenario. The report found that school closures will result in a loss of between 0.5 and 0.9 years of learning-adjusted schooling for an average student.

“The economic impact is huge. We call the phase that Bangladesh is passing now a demographic dividend. If we face such a severe blow in education at this phase when households continue to adopt child marriage as a coping strategy by depriving the girls of education, when their potential and productivity are lost, this will create a huge loss in productivity and human capital of an entire generation,” said Professor Selim Raihan, executive director of Sanem.

“As countermeasures, there should have been social protection coverage targeting education and child marriage-centred special protection programmes, but we have not seen such measures yet. And that is why I fear the negative impact on the economy will be high.”

“If the dropout happens among the nearly adult groups like 18-19 years old, it happens due to the compulsion from families for the kids to earn something in this time of crisis. But the dropout of the kids who are in their early teens, like 12-13 years old, is more concerning because they are dropping out way before their human capital flourishes,” Sen said. He also cautioned to wait for more comprehensive data.

Back to square one

Dr Umme Busra Fateha Sultana, professor and chair at the Department of Women and Gender Studies at the University of Dhaka, said the pandemic had damaged the progress the country had made in curbing child marriages.

“We will have to restart our efforts from the beginning with more preparation and force to prevent the rising trends of child marriages in the pandemic,” she said.

Sultana pointed out that it is easier for parents or guardians to marry off their daughters early because they do not register their birth dates properly, which helps to hide the girls’ ages. 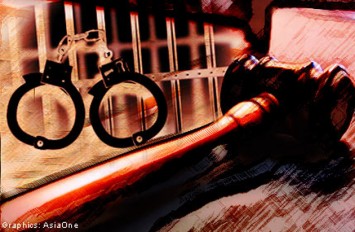 This practice leads many in Bangladesh to believe that the true number of child marriages is around five times higher than those that do come to light.

Aspiring footballer Sharolika Parvin was interviewed while her father-in-law stood nearby. Many of her responses were relayed by her in-laws.

“I am 18 years old,” Sharolika said. But when asked when her birthday is, she said December 25, 2005, meaning she is actually 16. She did not say anything when this was pointed out to her, other than “I am fine”. The disappointment was clearly visible on her face.