Hong Kong’s health rules limiting public gatherings to groups of eight will be extended by another two weeks at least, amid concerns about a growing new cluster of coronavirus infections in the city and fears about a “super spreader”.

“I am very worried about this outbreak in community,” Chief Executive Carrie Lam Cheng Yuet-ngor said as six more coronavirus infections were confirmed on Tuesday, four of them locally transmitted, taking the city’s total to 1,093.

With the current restrictions due to expire on Thursday, Secretary for Food and Health Professor Sophia Chan Siu-chee said the limit on group size, as well as Covid-19 regulations governing the operation of restaurants and bars, would remain in force until June 18.

“It is expected that there may be sporadic infection cases or even small outbreaks in the community,” Chan said.

Compulsory quarantine will also apply until July 7 for travellers from mainland China, Macau and Taiwan, and September 18 for arrivals from overseas. The indefinite ban on non-residents flying into Hong Kong from abroad continues as well. 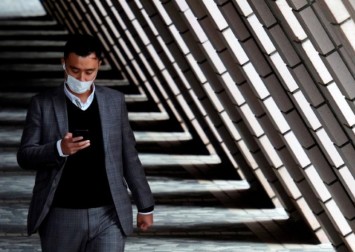 The extension of the curbs was announced as two medical experts called for more testing, with a University of Hong Kong study finding that one-fifth of infected people in the city were responsible for 80 per cent of those who caught the virus.

The limit on the size of public gatherings was cited by police as the reason for banning the annual candlelight vigil on June 4, a mass gathering to mark each anniversary of the 1989 Tiananmen Square crackdown.

While dealing with community infections, the health minister said, the possibility of gradually easing restrictions on arrivals from certain countries and regions was under consideration to restore the flow of people and promote economic activity.

In the first stage of opening “travel bubbles”, officials would look at allowing necessary travel between Hong Kong and Macau or Guangdong province, she said. 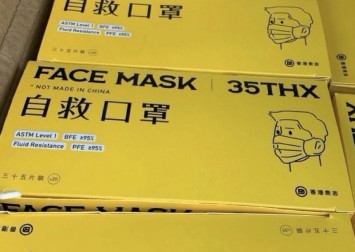 The government sought to reassure the public that the system of certifying residents as virus-free would protect the privacy of travellers, and data collected would not be passed to other jurisdictions.

Among the new infections reported on Tuesday was an imported case involving a 15-year-old boy who had visited Pakistan, and another was a 42-year-old woman linked to him.

But the other four cases were cause for further concern, classified as locally transmitted and all from the same block at the Lek Yuen public housing estate in Sha Tin.

They had been to venues such as wet markets, restaurants and supermarkets. Health authorities said they would collect saliva samples from workers in these places, as was done for residents of the block.

The cluster linked to the woman, who works at a Kerry Logistics warehouse in Kwai Chung, includes her 56-year-old husband, two of her colleagues, and the paramedic who took her to hospital.

About 100 staff at the Sha Tin ambulance depot, where the paramedic worked, will also be tested.

Earlier, Professor Yuen Kwok-yung, a top microbiologist at the University of Hong Kong, warned of the possibility of a “super spreader” living at the Sha Tin housing estate in question.

“Initial investigation suggests that the greatest chance of spreading is from public facilities,” Yuen said.

But the Department of Health said it was unnecessary to evacuate other residents from the block. 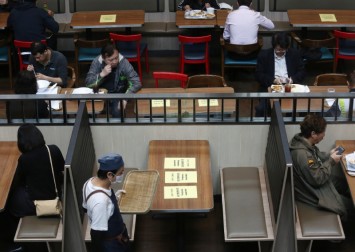 Investigating the cases in Lek Yuen Estate, Yuen said two of the flats housing the diagnosed patients were numbered 21, sitting on different floors, and that three of the other households involved shared two lifts.

He said cross-infection in the lifts could not be ruled out, with other possible routes of contagion including postboxes and door handles.

Yuen said as long as residents wore masks and maintained good hygiene practices they could go to work as usual.

Environmental samples collected in the toilets of individual flats had tested negative.

On a radio programme on Tuesday morning, Yuen urged the government to increase the number of virus tests performed daily, with the source of transmission for the latest local infections unknown.

Hong Kong had been conducting about 2,000 tests a day, about 3,000 fewer than Macau, with a smaller population, he said.

“Our biggest problem is that the number of tests we conduct every day is too few … There might be many transmission chains happening in the community right now,” Yuen said. 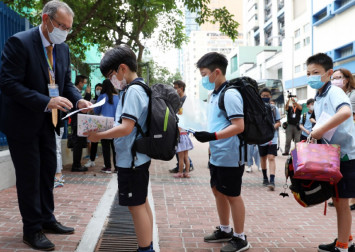 Professor Gabriel Leung, from HKU, made a similar appeal for wider testing as research found one-fifth of about 1,040 Covid-19 cases studied had passed the virus to 80 per cent of that total.

“We have to find those virus carriers. [Controls] on their living environment and the people in touch with them should be implemented quickly,” he said, adding that targeting clusters in that way was key to fighting the spread.

Leung noted the city’s effective reproductive number of local cases had surged to nearly two in late May, meaning each patient could pass the virus to about two people. He set a target for the city to run more than 10,000 virus tests each day.

Border control and social-distancing measures should not be relaxed before authorities understood the cluster at Lek Yuen Estate, he stressed.

The chief executive expressed concern about the new aspects of infection at the housing estate.

“[Potential infection] in the environment – living in the same building but not affected by the drainage system or the building’s structures – is something that gets me, and also I believe the experts, very worried,” she said.