Hong Kong is experiencing a shortage of masks amid the coronavirus outbreak.

Hong Kong lawmakers from across the political divide slammed top ministers as "incompetent" and "slow to react to the novel coronavirus epidemic" at a special Legislative Council meeting on Wednesday.

Chief Secretary Matthew Cheung Kin-chung and Secretary for Food and Health Sophia Chan Siu-chee, alongside 11 other top officials, faced three hours of grilling from lawmakers in the first meeting since January 16.

Some 62 patients in the city have been diagnosed with the virus, which causes the disease known as Covid-19, while two people have died.

While Kwok and Mak's questions concerned the public medical sector's stock of protective gear for frontline health care staff and the availability of quarantine facilities, lawmakers took the chance to vent their frustrations with the government's handling of the crisis.

Mak said officials had failed to instil confidence in the public.

"The public is panic buying rice and toilet paper, and an official from another city said we were idiots," Mak said.

"But is it that members of the public are idiots? Or is our government incompetent?"

She was referring to comments made by Singaporean trade and industry minister Chan Chun Sing, who was heard saying in a leaked recording that those engaged in panic buying were "behaving like idiots". 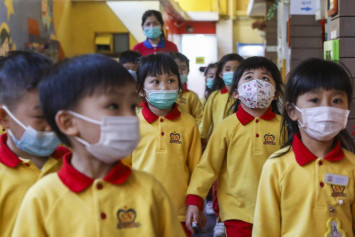 Kwok said the government had reacted poorly to the epidemic, adding that Hongkongers who wanted to return from the epicentre of the outbreak in mainland China's Hubei province were still stranded there.

"Is it that [the lives of] Hongkongers are cheap and can be ignored?" Kwok said.

Noting that the Hospital Authority only had stocks of masks to last for a month, Kwok asked if the government would redistribute the protective gear given to police to the medical staff in need.

Chung asked whether there was enough medicine in local hospitals, and whether the government had explored new drugs to treat the infected patients.

Cheung said Hong Kong had a month's supply of rice - 25 million kilograms - and there was no reason for people to worry about its stock.

He also said the government had been assisting Hongkongers stranded in Hubei and had sent them medicine.

"Their well-being is our well-being; we care about them," Cheung said. 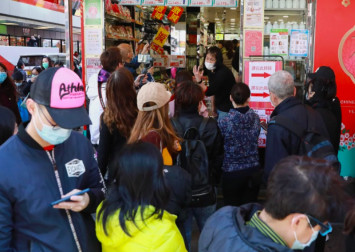 He explained that some Hongkongers were stranded in areas hundreds of kilometres from Wuhan, which were difficult to reach.

He also said the government planned to use a four-hectare plot of land in Penny's Bay, Lantau Island, to provide 600 quarantine units.

"Walt Disney Company has also agreed to see whether another plot of land in Penny's Bay, reserved for tourism development, could be used for building quarantine facilities," Cheung said.

A new public housing estate in Fo Tan has also been converted to a quarantine centre and will be in operation soon to provide more than 1,000 units, he added.

Cheung denied that the city was slow in reacting to the epidemic. "I feel the situation is under control, but we must act cautiously," Cheung said.

Health minister Chan said the drugs being used to treat Covid-19 patients were proved effective, adding that the Hospital Authority had been liaising with a pharmacy and would join a trial programme for a new medicine.

The Democratic Party's Roy Kwong Chun-yu said the government had "done nothing right" in response to the outbreak.

Read Also
Coronavirus: Do not hoard toilet paper rolls as they can get mouldy, Hong Kong consumer watchdog urges residents amid panic buying 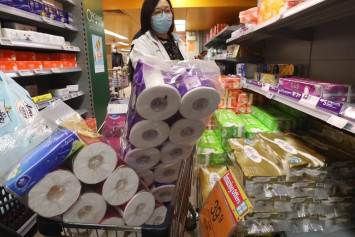 "Will any top official be held accountable and asked to step down? Secretary Matthew Cheung, will you represent [Chief Executive] Carrie Lam and apologise to the public?"

Cheung called for tolerance from the public, adding that the government had been doing its utmost in sourcing masks from all over the world.

He also explained that the case of Hong Kong was unique, and a complete border closure would have affected many Hongkongers.