Dogs in Hong Kong amid the coronavirus.

Two dogs that contracted the coronavirus in Hong Kong were "asymptomatic patients" - meaning they did not develop any symptoms of sickness, and animals may get the deadly bug only by having very close contact with a confirmed patient, a leading virologist has said.

Professor Malik Peiris, chair in virology at the University of Hong Kong, made his comments as the latest test results of a previously infected German shepherd came back negative for the virus on Monday.

The number of animals in quarantine with the city's authorities has risen to 18 over the past week. All animals, apart from two cats with pending results, tested negative.

This raised concerns over whether pets could acquire the virus and whether they could get sick or transmit the bug to other pets or humans.

In an interview with the Post, Professor Peiris said it should be made clear from the findings so far that "dogs might only get infected if they were closely associated with their infected owners".

"The dogs cannot get infected by walking on the streets," he said.

Peiris added that in describing the two dogs, he used the word "infected", instead of "being contaminated" with the virus, or "getting the disease", because of the specific meanings of these terms in science.

"These words have very precise meanings. For example, when there is some virus in the house, and a dog licks the virus, it eventually stays on its tongue. That's what we call contamination," he said.

Peiris said infection meant the virus had entered the dog's body, and started to multiply and replicate.

"But infection doesn't mean the dog is sick or has symptoms. Whereas, a disease is when an infected person or animal develops symptoms, such as fever, cold, or pneumonia," he said.

"Neither of the two cases had the disease caused by the coronavirus. The public might have confusion, but when dogs are infected, it does not mean they have the disease or they are sick." 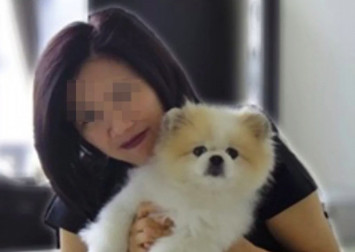 The virologist's team have been conducting both sample tests, oral and nasal swabs, and blood tests for the quarantined animals referred by the Agriculture, Fisheries and Conservation Department (AFCD).

The two infected dogs were asymptomatic - meaning they had no symptoms and required no medicines.

The first dog, Benny, had tested positive for 12 days before it returned negative results and was sent home. It died three days after returning home, but medical sources believed that was down to old age and underlying illnesses. The German shepherd is still in quarantine.

"The reason these dogs are being taken to the AFCD to be looked after is because when a person contracts the coronavirus, other members in his house are considered close contacts," he said.

"Pets are put in quarantine for several reasons. First, they may not have anyone to look after them if their owners are hospitalised with the disease.

"Secondly, we know from the severe acute respiratory syndrome (Sars) outbreak in 2003 that pets can be infected, so we need to take precautions," the expert, who identified the causative agent of Sars that year, added.

Peiris said it was still not known whether dogs with strong viral loads could transmit the bug to another dog or a human, adding that this had to be evaluated case by case, "but we might never know that since we would isolate the pets until they are tested negative".

The AFCD said 22 pets - eight cats and 14 dogs - had so far been quarantined amid the pandemic, including four that had returned home. Any animal that tested positive for the virus would need to be retested until the results are negative twice in a row.

"None of the dogs and cats have shown any signs of the disease related to the coronavirus," a department spokeswoman told the Post. 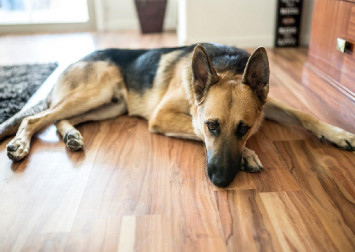 "The Pomeranian and the German shepherd came from households with confirmed Covid-19 patients, showing the likelihood of human-to-dog transmission of the virus.

"However, there is no evidence as of now that pets can be a source of Covid-19 for other animals or humans."

A veterinary expert felt it might be better to assign some friends to take care of the pets temporarily instead of putting them in quarantine.

"Some owners are worried that their pets will be forced to go to the government's quarantine centre. Many of these pets have underlying health conditions and need to be looked after well," Dr Lawren Durocher-Babek said.

"A change in the surroundings can be very stressful for pets, and their stress will increase if they are not given the necessary medication or special diet."

She added that although scientists had defined infection as contamination "with harmful organisms", people might mistakenly consider an infection as synonymous with being sick.

"Infected does not mean [being] sick … infectious or contagious in scientific terms. These dogs are not sick, and there is no evidence that they have passed the virus to other dogs or to humans."