Soldiers stand guard as they wait inside the military headquarters to be deployed in major thoroughfares, in Manila, on March 14, 2020.

As the Philippines confronts an unprecedented health crisis in the form of the coronavirus outbreak, with public confusion heightened by contradictory orders from authorities, an unfamiliar hush had by Sunday fallen over its capital.

The sounds of blaring music and honking cars, the rumble and screech of passenger buses revving up in stops and starts - all that was gone as the community quarantine imposed by President Rodrigo Duterte took effect.

The streets emptied of people and transport, as they might during a Manny Pacquiao boxing match or on Good Friday. This time, though, it was because of the coronavirus: a silent killer that has turned loved ones into unwitting hosts.

The government has responded with a wide-ranging quarantine, enforced by heavily armed soldiers and police. A video demonstration showed soldiers wearing camouflage uniforms and armed with assault rifles practising the inspection of a passenger bus, leading some residents to assume military rule had been imposed.

By Saturday night, dozens of military and police checkpoints had sprung up around the border of the capital, mainly to scrutinise the papers of those seeking entry.

The government has relaxed entry restrictions for the nearly 3 million people who commute daily from neighbouring provinces to work in the capital, and this heavily debated provision was the major sticking point in establishing the quarantine guidelines.

The concession was finally agreed late on Friday among members of the Inter-Agency Task Force on Emerging Infectious Disease (IATF-EID) and Duterte's finance team, allowing workers to enter and to keep factories and offices open. It will be subject to further review.

Congressman Joey Salceda, generally a supporter of the government, said the quarantine was "full of holes", estimating 1 million workers would continue to enter the capital daily. He previously advised a "short" week-long total lockdown of entry and exit by land, sea and air, a total work stoppage, suspension of all schools and closure of all businesses, including malls. 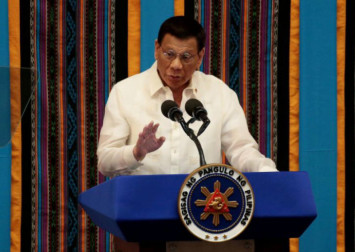 Instead of a total lockdown, the Metro Manila Development Authority - which oversees traffic, rubbish collection and flooding response - announced an 8pm to 5am curfew and warned violators would be arrested, only to revoke this hours later when human rights lawyers pointed out it lacked the authority to impose a curfew or arrest violators.

The region's 17 mayors have since announced their respective city councils will meet and pass curfew ordinances on Monday.

Dr Anthony Leachon told the South China Morning Post the exemptions granted to workers, government officials and business owners would make "a mockery" of community quarantine and render it pointless.

The exemptions would keep soldiers and police busy at the checkpoints scrutinising IDs and certifications. Footage on social media indicated health precautions often went unobserved, with some authorities handling passengers' papers with bare hands and without using thermal scanners.

One of the main gateways to Metro Manila runs through Valenzuela City in the north. Valenzuela City Mayor Rex Gatchalian wrote on Twitter that his health workers were ready to assist the Philippine National Police with thermal scanners but at the "last minute the PNP bosses instructed that this was not the set-up. So they pulled out our people."

Salceda also estimated that since Duterte's announcement of an impending "lockdown" on Thursday, at least 1 million residents had already fled Metro Manila.

Local government officials, including Duterte's daughter, Sara - who is the mayor of Davao City - announced their own "community quarantine" and required those coming from Manila to isolate themselves. Sara Duterte went a step further by banning flights from Clark International airport in Pampanga province because she said those from Manila were using it as a gateway to fly to Davao City.

This became more urgent after a 44-year-old man arrived in Lucena City, in Quezon province, on a bus from Manila with symptoms including fever, coughing and a cold. Separately, a 54-year-old man from Pasig City in Metro Manila who flew back to his home province, Lanao del Sur on the island of Mindanao, died in Cagayan de Oro City on Saturday.

As of Sunday, the Philippines had confirmed 140 infections and 11 casualties, mostly in Metro Manila.

However, the state-owned Philippine Heart Centre quarantined 39 medical personnel, including seven doctors and 19 nurses, after they treated an 88-year-old female patient who was brought in for a heart ailment but later tested positive for coronavirus. 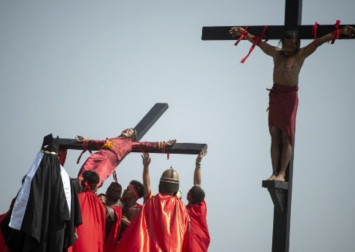 The patient died on Thursday, and the medical personnel had not worn protective equipment. Likewise, the University of Santo Tomas Hospital announced it had placed a number of frontline staff on home quarantine.

The state-owned Philippine General Hospital run by the University of the Philippines has issued an urgent appeal for donations of protective equipment.

The Asian Development Bank announced it would give the Philippine government a US$3 million (S$4.2 million) grant for "the purchase of emergency medical supplies and the delivery of effective health care services".

Dr Edsel Salvana, a specialist in infection diseases and the lead member of the technical advisory group that drafted the community quarantine, told the South China Morning Post: "I get pretty scared every time I put on my full body protective equipment just as much as anyone, but we have to hold the line.

"If you don't have much faith in the government, I can assure you the frontliners are doing their best because we are protecting our families as well. No one is messing around from where I am standing."

Amid the gloom, however, actors Richard Gutierrez and Sarah Lahbati got married on Saturday. Although they cancelled a lavish wedding ceremony, an Instagram post showed they celebrated with their parents and siblings, all practising "social distancing".