This is the ninth story in a 15-part series on the Covid-19 disease, one year after it first emerged in the Chinese city of Wuhan. Here, we look at the challenges facing countries as they attempt not only to procure trusted vaccines for desperate populations, but also to implement efficient immunisation programmes. Please support us on our mission to bring you quality journalism.

From Manila to New Delhi and Tokyo, authorities in the Asia-Pacific are making cautious preparations for a historic roll-out of vaccines for Covid-19.

While several have proved effective in late-stage trials – including the Pfizer-BioNTech vaccine already in use in the United States, Britain and Canada – regulatory authorities across the region are treading carefully, with timetables ranging from several weeks to the latter half of next year.

In Japan, where immunisations are not expected to begin until late February, the Pharmaceuticals and Medical Devices Agency has stressed the need to collect data on Japanese subjects instead of just relying on the results of trials overseas.

In Australia, Prime Minister Scott Morrison has ruled out any rush to authorise the Pfizer-BioNTech jab when the country has a “front-row seat” to watch developments in Britain and the US, and there should be “absolute full confidence” in any vaccine.

Vietnam , one of Asia’s major success stories with just 35 Covid-19 deaths, has vowed to prioritise virus-containment efforts, and has registered for vaccines from Russia and Britain.

On Dec 14, Singapore became the first Asian country to approve the Pfizer-BioNTech shot, which has reported 95 per cent effectiveness in late-stage trials. Its Covid-19 vaccination exercise will begin on Dec 30, with health care workers at the National Centre for Infectious Diseases (NCID) the first to receive doses.

Other high-profile vaccines awaiting approval include those from Moderna and Oxford-AstraZeneca – which have showed 95 per cent and 62 to 90 per cent effectiveness, respectively – and China’s Sinovac, which has claimed promising results but has yet to release findings from phase-three trials.

After regulatory approval, the vaccines different countries use will depend on the deals struck with individual manufacturers and the World Health Organisation-sponsored Covax Facility, a global initiative established to ensure fair access to vaccines for lower-income countries.

Besides availability, other considerations for governments looking to stock up on vaccines include cost, storage requirements and public perceptions.

“Cost is one big issue which may hamper the type of vaccine they want to get, which includes the cost of vaccine and more importantly the infrastructure required for the storage and delivery of the vaccine,” said John Siu Lun Tam, an adjunct professor of microbiology at Hong Kong Polytechnic University.

Despite the efforts of Covax, there are already fears of lower-income countries in the region being left behind.

In Southeast Asia, countries are facing myriad challenges related to cost, storage and distribution. Thailand, Southeast Asia’s second-biggest economy, has vowed to lead the roll-out of vaccines in the Mekong region by licensing Oxford-AstraZeneca’s technology to manufacture millions of doses as “a public good” for neighbouring countries.

Myanmar, Laos and Cambodia are especially reliant on the Covax pledge to provide 20 per cent of required doses at a heavily subsidised price, or Russian and Chinese jabs, which have been hailed by Moscow and Beijing but dogged by transparency concerns and largely shunned by developed nations. 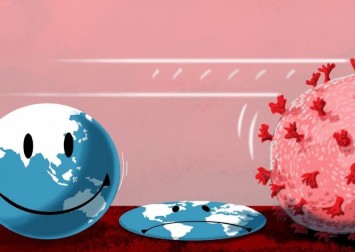 Cambodia, whose tycoons have been enlisted by Prime Minister Hun Sen to help procure vaccines, is believed to be looking to Russia for an affordable jab to complement the 1 million doses recently secured through Covax.

In November, Chinese Premier Li Keqiang told the Asean summit that it would take “practical actions to make vaccines affordable and available” – a pledge that has been met with a mixed response from Southeast Asian governments.

So far, Indonesia has secured 125.5 million doses of the Sinovac vaccine, while the Philippines is seeking 20 to 50 million doses and Singapore has ordered an unknown quantity. There are also reports that Turkey, Brazil and Chile have also secured inoculations from the company, while the United Arab Emirates and Bahrain have cleared it for use.

Despite positioning itself as a regional leader in the vaccine roll-out, Thailand itself has only secured shots for just under 20 per cent of its population via a US$80 million deal for the Oxford-AstraZeneca vaccine.

Those 26 million doses also aren’t expected to arrive until May or June. Expectations are high for a locally produced – and therefore cheaper – shot that could emerge from Chulalongkorn University in Bangkok, which is eyeing human trials from April next year.

“Our challenges include the mismatch between demand and supply, capacity to vaccinate and having just only one obvious deal,” said Thira Woratanarat, a leading epidemiologist at the university.

Vietnam has also set its sights on a locally produced vaccine, with four domestic companies working to develop a jab. They include Ho Chi Minh City-based Nanogen Biopharmaceutical Biotechnology, which on Dec 17 became the first developer in the country to begin phase-one human trials. 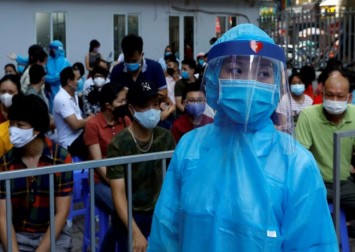 The company’s Nanocovax vaccine is expected to cost just 120,000 dong (S$6.90) per inoculation, according to the country’s health ministry, compared with from US$8 (S$10.60) to US$74 (S$98.30) for the Oxford-AstraZeneca, Pfizer-BioNTech and Moderna vaccines.

Andrea Taylor, assistant director of programmes at Duke Global Health Institute in Durham, North Carolina, said high-income countries had more than half of vaccine doses purchased through advance market commitments, despite representing only 16 per cent of the world’s population.

“At present, many lower-income countries, including those in the Asia-Pacific region, are facing large gaps in population coverage with Covid-19 vaccines,” Taylor said.

“However, we also know that inequitable access to vaccines will lead to a worse situation, both in terms of health outcomes and economic fallout,” she said.

“High-income countries face a combined GDP loss of US$120 billion next year alone if lower-income countries are not vaccinated. We do appear to be heading for a situation where there are haves and have-nots, at least for the next couple of years, and this will be worse for everyone.”

Jerome Kim, head of the International Vaccine Institute in Seoul, South Korea, said equitable distribution was a serious concern, but predicted a much broader availability of vaccines starting in the second quarter of 2021. Those could potentially include Chinese and Russian vaccines supplied through Covax, provided they received the required approval from the WHO for inclusion in the scheme.

“What is available may well depend on the ability of different manufactures to provide a supply, of participation in Covax, and of global support for the Covax Facility,” Kim said. “Otherwise there could be a patchwork of uptake and use of vaccines and Covid-19 infections and deaths will continue to climb.”

Even where adequate vaccine supplies can be acquired and properly stored, some countries are likely to face distinct logistical challenges to immunising their populations.

“In addition to the difficulties on storage and delivery of the mRNA vaccines, many countries do not have a dedicated vaccination programme that involves all ages and risk groups,” Tam said.

The need for specialised refrigeration for storage, a particular concern with the Pfizer-BioNTech vaccine, which must be stored at minus 80 degrees Celsius (minus 112 degrees Fahrenheit), is likely to be a challenge for many countries, including in Southeast Asia.

In India , where several home-grown vaccines are among nine candidates in development, concerns have been raised about the available manpower required to immunise the country’s more than 1.3 billion people.

The government-appointed National Expert Group on Vaccine Administration for Covid-19 has said that “every single Indian who needs to be vaccinated will be vaccinated”.

Officials have indicated priority will be given to 10 million health care workers, 20 million frontline workers, including police and disaster management personnel, and an additional 270 million people who are aged over 50 years or have comorbidities.

Although New Delhi has not laid out a specific time frame for beginning vaccinations, Health Minister Harsh Vardhan has indicated they could start in January if safety protocols are met.

Some government officials have also indicated a preference for home-grown vaccines, including Covaxin, developed by Hyderabad-based Bharat Biotech International Limited in collaboration with the federal body for biomedical research.

Satyajit Rath, visiting faculty at Pune’s Indian Institute of Science Education and Research, said there was a lack of clarity about the time frame and locations for immunisation as well the availability of essential equipment such as syringes and needles.

“Plus, one has to calculate the requirement of transport resources for these deliveries, the cold storage space and number of skilled vaccinators to be engaged on each day in each designated place for a designated period of time,” Rath said.

In the Philippines, the country’s vaccine tsar Carlito Galvez Jnr has estimated that vaccinating 60 million to 70 million Filipinos, or 60 to 70 per cent of the population, could take three to five years. The lengthy time frame is based on the assumption authorities are capable of vaccinating 20 million to 30 million people a year. 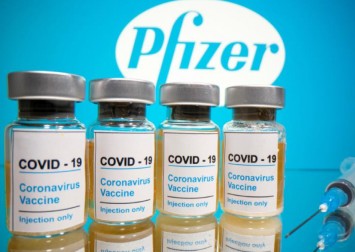 Some governments in the region are likely to have to grapple with public suspicion of the new vaccines, particularly those from China and Russia.

Bayu Satria Wiratama, an epidemiologist at Gadjah Mada University in Yogyakarta, said anti-vaccination sentiment that was already on the rise in Indonesia had been inflamed by the government’s reliance on Chinese vaccines.

“We know Sinovac doesn’t have any efficacy results to show yet but the Indonesian government has already procured it, so that has fuelled the conspiracy theories,” he said.

Masayuki Miyasaka, professor emeritus of immunology at Osaka University, noted a “certain degree of public anxiety against possible side effects” in Japan, where health authorities in 2013 stopped recommending the HPV vaccine after what the WHO described as “spurious case reports and unsubstantiated allegations” of serious side effects.

“Currently, the rumour is that several hundred people have entered clinical trials with Pfizer vaccines in Japan,” Miyasaka said. “But I don’t think that this number is sufficient for the assessment of vaccine safety and efficacy. I am not sure how the Pharmaceuticals and Medical Devices Agency will deal with this issue.”

Tam, the vaccine specialist at Hong Kong Polytechnic University, said while resistance to vaccines and vaccine nationalism were concerns, there was reason for optimism.

“The WHO Covax programme hopefully can transcend this hurdle by basing their recommendations on scientific and medical facts,” he said. “Anti-vaccination sentiments will likely be minor, particularly in Asia, given the disruption of work and life by Covid-19 has been enormous worldwide.”