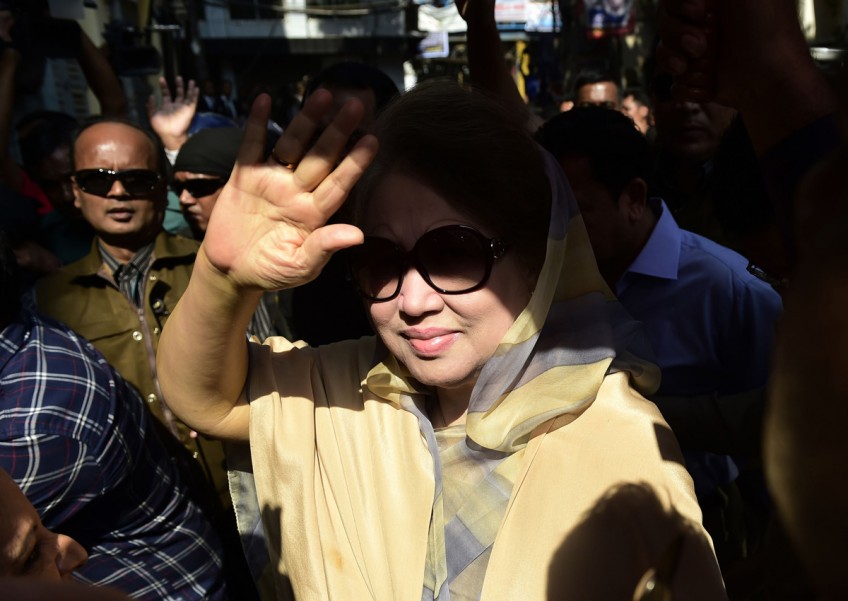 DHAKA - Former Bangladesh prime minister Begum Khaleda Zia, the head of the opposition Bangladesh Nationalist Party (BNP), was ordered on Monday to appear in court to answer the charge of sedition, a charge bound to infuriate her supporters.

The chief metropolitan magistrate court of Dhaka accepted the case against her and ordered her to appear on March 3.

The case was filed by a lawyer with the Bangladesh Supreme Court, complaining that remarks Khaleda made last month about the 1971 war of independence were seditious. She had said there were "controversies" over the numbers who died.

Politics in poverty-stricken Bangladesh has for decades been marred by violent protests and bickering between supporters of Khaleda and current Prime Minister Sheikh Hasina.

It was not immediately clear what chance the prosecution had of success.

Mirza Fakhrul Islam Alamgir, acting secretary general of the BNP, dismissed the case as politically motivated. "This is nothing but a mockery and its aim is to deter Khaleda from politics," he told reporters.

East Pakistan broke away to become independent Bangladesh in 1971 after a war between India and Pakistan. About three million people were killed, according to official accounts.

Hasina opened an inquiry into crimes committed during the war in 2010, paving the way for prosecutions by a war crimes tribunal that Islamists have denounced as part of a campaign aimed at weakening the Islamist Jamaat-e-Islami, a key ally of the BNP.

Four opposition politicians, including three leaders of Jamaat-e-Islami, have been convicted and executed since late 2013.

The executions have come amidst a rise in Islamist militant violence in Muslim-majority Bangladesh, with militant groups claiming the murder of two foreigners and four secular writers and a publisher last year.