Court to decide whether to extend ex-President Park's detention 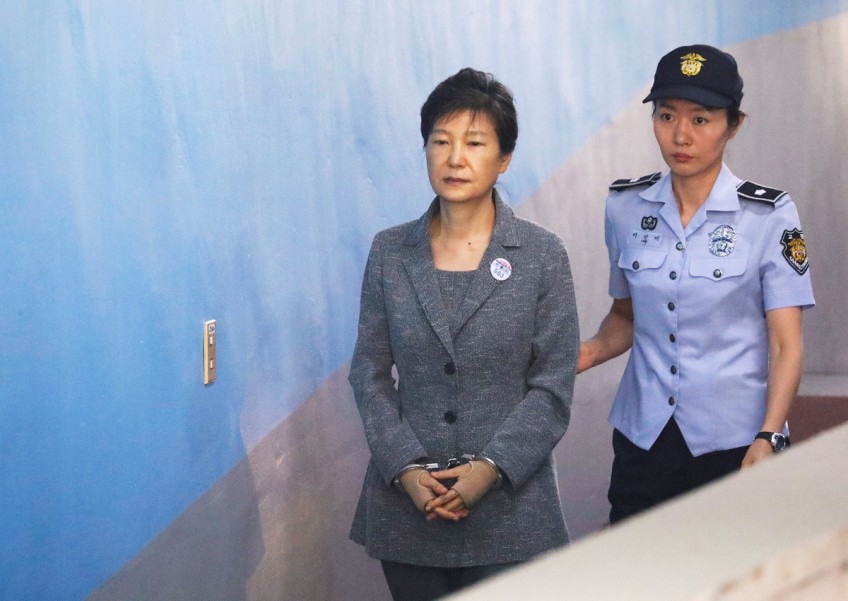 The Seoul Central District Court is set to decide Tuesday whether to extend the detention of former President Park Geun-hye, who is on trial for corruption charges.

On Thursday, the appeal trial will begin for Samsung Electronics Vice Chairman Lee Jae-yong, who was convicted in August of bribing Park to win political support for the conglomerate's smooth leadership transition in favour of him.

Park, the first female president elected in South Korea, was expelled from power on March 10, arrested on March 31 and indicted on April 17 on a total of 18 charges. She has since been locked up in a solitary cell at a correction facility in a southern suburb of Seoul.

Her six-month detention ends next week.

The ex-leader is accused of colluding with her longtime confidante Choi Soon-sil to take and solicit some 59.2 billion won ($52 million) in bribes from large business groups, including Samsung. Other charges include abuse of power, coercion and leaking government secrets.

A court verdict on Park is expected around mid-November.

Samsung's heir apparent Lee was given a five-year jail sentence on Aug. 25, as the court found him guilty of bribery, embezzlement and perjury.

Lee was accused of bribing Park and Choi to receive help for a controversial 2015 merger between the group's two affiliates, which critics said was designed to strengthen Lee's grip over the conglomerate.

Lee denied any wrongdoing, saying the deal was to increase business competitiveness and that he had felt pressured by the then-president to make "donations" to certain entities, which were not meant to be bribes.