Like any other Saturday, 41-year-old Roy Nangka patiently waits for customers at his stall at the Beriman Market in Tomohon, North Sulawesi, a market notorious for selling wild animal meat, from snakes to rats, bats and other critters.

But as countries wrestle with the loss of life and economic instability caused by the Covid-19 pandemic, the knock-on effects are felt even at Tomohon's markets.

"Locals eat paniki almost every day, but lately the number of consumers has been decreasing. Not because they fear the coronavirus, but because there is not much money [to go around]," Roy told The Jakarta Post.

Scientific research suggests that the SARS-CoV-2 virus that causes Covid-19 is present in bats and might have been passed on to humans through pangolins.

One of the possible sources of the outbreak of Covid-19 was traced to Huanan Seafood Market in Wuhan, China, where live animals and seafood were sold.

But the pandemic has cost more than just people's appetite; it has brought forth a social and economic crisis, in which losses in income are expected to exceed US$220 billion (S$312 billion) in developing countries, according to some estimates.

The effects have not only been felt in the country's eastern regions, where such unorthodox fare is more commonly consumed.

Markets in Surakarta, Central Java, known to sell meats such as dog, snake and bat have also seen fewer customers as of late.

In March, the Central Java Natural Resources Conservation Agency (BKSDA), together with the Surakarta Agriculture, Food Resilience and Fisheries Agency (DPKPP), found a strain of betacoronavirus in bats at the Depok Market.

Luckily, humans have yet to contract the virus.

Surakarta resident Darmanto, 45, who used to consume bat meat to treat his asthma, said he was currently too afraid to eat bat. 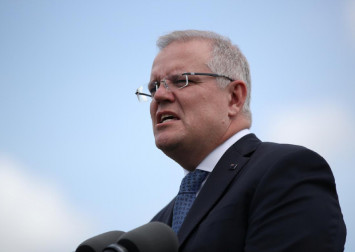 "I didn't used to think about the health risks, unlike now. Maybe because every day we hear about people getting sick and dying from the coronavirus," he said.

The Tomohon city administration has tried to put a cap on the trade of wild meat by limiting the supply of bats and snakes from outside North Sulawesi, while also urging vendors to sell more common farmed meats such as pork, chicken and beef.

"We have activated two posts to stop the shipment of bat meat from outside North Sulawesi to Tomohon Market," city secretary Harold Lolowang said. He noted that some 90 per cent of wild meat in Tomohon came from other parts of Sulawesi.

Meanwhile, Surakarta Mayor FX Hadi "Rudy" Rudyatmo said that although his administration could not forcibly close down wild meat vendors, they would be supervised and persuaded to change products.

"We promote healthy living, so if consumers are aware [of the underlying health risks], they will no longer consume wild meat. In turn, these dog, snake and bat meat vendors will have to try out other professions," Rudy said.

Although wild animal meat might be a central part of the traditional diet of some cultures, experts say consumption of such meat should be discouraged, especially in urban centres where people have easy access to farmed meat.

"Consumption of wild meat should be discouraged," Sigit told the Post recently.

"Not only will it reduce the potential for disease transmission, but it also makes sure those animals live peacefully in their natural habitat and continue playing their role in the ecosystem."

Stricter regulations to protect wildlife from humankind were in order, he said, as well as efforts to educate the public on the risks of eating wild animals for the environment and for public health.

Even for indigenous societies that live deep in the forests with few alternative sources of food, wild meat can still be hard to come by, as it was not necessarily sold directly to the communities that consumed it, said Robert Nasi, director general of the Center for International Forestry Research (CIFOR).

"Urban consumers don't need to eat these wild animals as they have access to many other forms of protein or fat. This 'luxury' consumption of wildlife by urbanites has no raison d'être and should be stopped," Nasi told the Post in a recent email. 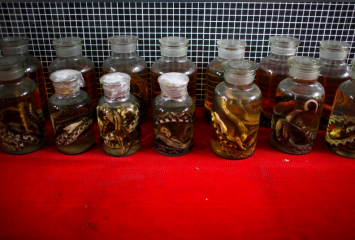 However, the means for stopping people from consuming wild animals are scarce.

Some 919 wild species of animals and plants are protected by law, according to Environmental and Forestry Ministerial Regulation No. 20/2018.

However, the hunting and selling of wild animals not included on the protected species list is not illegal, although one might argue that consuming such animals could upset nature's balance.

Nasi said it was a bad idea and called for more awareness campaigns on proper sanitary methods for processing wild meat to be run in rural areas.

"Wild meat is neither more dangerous nor more unsafe than improperly processed domestic meat," he said.

"The main issue is that very often the processing of carcasses and the markets where the meat is sold have very low standards of hygiene and cleanliness."

And even if wild animal consumption can be curtailed, other exploits by mankind can still upset the ecological balance of nature and lead to a zoonotic disease outbreak, said John E. Fa, a researcher at Manchester Metropolitan University.

"It is not good to blame a particular species of wild meat and people. It is more to do with how we disrupt nature and do away with the balance of nature that creates new conditions for viruses and pathogens to jump," the CIFOR senior associate said in a recent online discussion.