The challenge for developing countries such as Indonesia , Thailand and Vietnam has been compounded as global vaccine production struggles to meet demand and wealthy nations hoard the lion’s share of shots.

Advocates say the approach, which divides experts, warrants serious consideration as a way to rapidly expand inoculation and save lives as the coronavirus tears through unvaccinated populations.

In an article published in Nature Medicine earlier this month, researchers at the University of Hong Kong and University of Chicago said reduced doses had “not been given sufficient attention and consideration” as a potential solution to vaccine shortages.

The article cited evidence that reduced doses could promote a robust immune response, including a non-randomised trial of the Pfizer-BioNTech vaccine that found doses as low as one-third produced a “comparable” response to the standard dosage.

In a larger British study that inadvertently produced evidence about the effectiveness of reduced dosing, researchers reported efficacy ranging from 67 per cent to 97 per cent after administering a half-dose of the AstraZeneca vaccine followed by a full dose 12 weeks later. 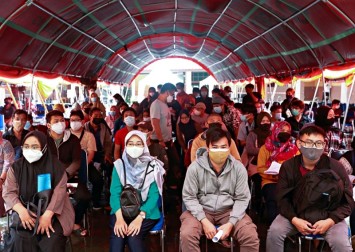 A non-peer-reviewed study by researchers at the La Jolla Institute for Immunology in San Diego also found a one-quarter dose of the Moderna vaccine produced an antibody response similar to a case of Covid-19.

“Vaccines are still going to be in limited supplies for at least another year,” said Ben Cowling, an infectious disease expert at the University of Hong Kong and one of the authors of the Nature Medicine article.

“Using lower doses is a strategy which could make better use of available vaccines and save lives.”

The ability to rapidly expand inoculations in countries with limited supply could have a profound impact in poorer parts of Southeast Asia, where the highly transmissible Delta variant has propelled some countries’ worst outbreaks since the start of the pandemic.

Indonesia, which has become the regional epicentre of the pandemic with an official death toll of more than 77,000, has enough doses of vaccine to inoculate less than one-third of its 180 million population.

In Thailand, authorities last week announced AstraZeneca had requested a five-month extension for the delivery of 61 million doses, yet another setback for an already sluggish roll-out.

Thailand’s Covid-19 cases have been surging since April. Authorities on Saturday (July 17) reported 141 deaths, a daily record, and new infections have surpassed 13,000 per day. Even so, fewer than five per cent of the country’s 66 million people have been fully inoculated.

In Vietnam, where a major outbreak has forced Ho Chi Minh City and surrounding areas into lockdown, fewer than 0.5 per cent of the country’s 96 million people have received two shots.

Fractional dosing has been used successfully against other diseases.

In 2016, the World Health Organisation (WHO) approved one-fifth doses of the yellow fever vaccine as an emergency measure during major outbreaks in Angola and the Democratic Republic of Congo. The approach was repeated during Brazil’s yellow fever vaccination campaign in 2018.

WHO spokesman Tarik Jašarević said there was still not “enough evidence to make policy recommendations” about reduced doses for Covid-19.

Pfizer has not studied partial doses and said in a statement that “decisions on alternative dosing regimens reside with health authorities”, but emphasised that two doses afforded recipients “the maximum possible protection”. 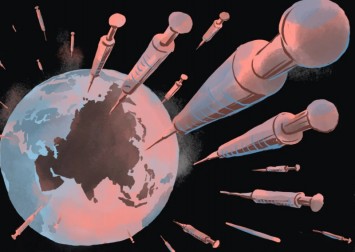 Moderna, AstraZeneca, Johnson & Johnson and Sinovac did not respond to requests for comment.

Marc Lipsitch, director of the Centre for Communicable Disease Dynamics at the Harvard T.H. Chan School of Public Health, said reduced dosing had merit but more research was needed to conclusively show effectiveness against Covid-19.

Other experts were more sceptical. Nikolaus Osterrieder, dean of the Jockey Club College of Veterinary Medicine and Life Sciences at City University of Hong Kong, said adjusting doses could potentially cause the virus to mutate into new and more transmissible variants.

“I would really be against trying to change anything of this tested and approved protocol,” Osterrieder said.

Jerome Kim, director general of the International Vaccine Institute in Seoul, said studies such as the AstraZeneca trial did not provide conclusive evidence that reduced doses would work.

“That it showed something positive was good, but it did not meet the usual standard for proof,” Kim said.

“Before we jump to the conclusion that all vaccines will work equally well as fractional doses – and not knowing what this means for variants that are more transmissible and potentially more lethal – we should do some clinical trials, establish what can and cannot be used in fractional dose format.”

Thira Woratanarat, an epidemiologist at Chulalongkorn University in Bangkok, said it was “arguable” whether the benefits of such an approach outweighed the risks. 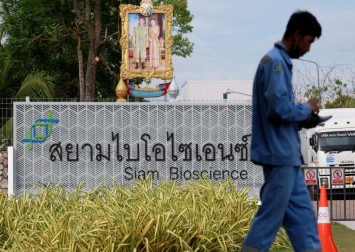 “If we jump too quickly, the protective efficacy might be too low to contain the epidemic, particularly from those new variants of concern and other emerging variants of interest,” Thira said, although he noted that fractional dosing has been discussed as a possibility by Thai experts.

Cowling, the infectious disease expert who argued in Nature Medicine that fractional dosing should be explored, acknowledged the need for more research but said further studies could be easily conducted.

“Some additional small trials could be done quickly to confirm the feasibility of this approach, although we already have quite a bit of data indicating that it should work very well,” he said.

“I’m surprised that fractionation hasn’t been considered as a solution to the shortage of vaccines.”