'Cruel reality': Ex-security chief says independence not up to people of Taiwan alone

A handout photo. Chiou I-jen, former secretary general of Taiwan’s National Security Council and vice-premier, said the DPP could still promote its goal of independence for the island.

Taiwan’s former security chief Chiou I-jen has warned that declaring independence is not up to its people alone, saying that is the “cruel reality” of the situation facing the self-ruled island .

Chiou, who was secretary general of Taiwan’s National Security Council and a vice-premier, made the remarks on a radio show hosted by former president Chen Shui-bian on Sunday (July 4) .

“Whether Taiwan can declare independence is not a decision which can be made by Taiwanese people. Rather, we need to consider the current international situation and China’s possible action,” said Chiou, a veteran pro-independence figure within the ruling Democratic Progressive Party.

He said his understanding was that the US “squarely opposes Taiwan independence”.

“This is the cruel reality,” said Chiou, who now heads the Taiwan-Japan Relations Association that represents the island in the absence of formal ties with its neighbour.

Asked by Chen why he had continued to support the pro-independence platform in the DPP’s charter, Chiou said they were two different things and that the party could still promote its goal of independence for the island.

Radio host Chen, the first DPP president, was freed from jail on medical parole in 2015 after serving six years of a 20-year sentence for corruption.

Chiou also said Taiwanese had yet to reach a consensus on whether to declare de jure independence.

Beijing sees the island as part of its territory, and the comments come after Chinese President Xi Jinping vowed to crush any attempt that got in the way of “reunification” of the mainland with Taiwan. Xi said in a speech marking the Communist Party’s centenary on Thursday that “resolving the Taiwan question and realising China’s complete reunification is a historic mission and an unshakeable commitment” of the party.

Taiwan’s main opposition party, the Beijing-friendly Kuomintang, seized on Chiou’s remarks on Monday. KMT chairman Johnny Chiang said if it was not possible to declare independence and the move would “trigger tensions and even war, then why does [the DPP] keep telling Taiwanese that Taiwan must be independent?” 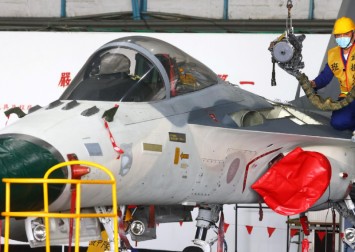 He also called for President Tsai Ing-wen to make clear that there was no way Taiwan could declare independence.

In response, DPP caucus whip Liu Shih-fang said the party had adopted a resolution in 1999 that Taiwan is already an independent country called the Republic of China, its official name.

“Maintaining cross-strait stability is a priority … and in the face of complex international politics and China’s attempt to take Taiwan by force, the Taiwan issue has now become an international issue,” she said. “We still need to work hard to attain our goal.”

DPP lawmaker Hsu Chih-chieh said he believed the US would support Taiwan independence but “the time has yet to come”. “The US has long opposed China’s annexation of Taiwan and has in recent years given us solid support,” he said, adding that the island needed more countries’ backing to become independent.

However, observers said although Taiwan and the US had moved closer in recent years, Washington had not given its support to independence.

“Even former US president Donald Trump – who signed a number of Taiwan-friendly bills and measures – never said he would back Taiwan independence,” said Li Da-jung, a professor of international relations and strategic studies at Tamkang University in Taipei. 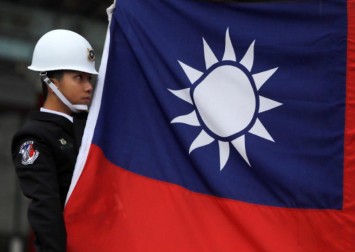 Li noted that Trump’s successor Joe Biden had continued the policy of countering Beijing, and had called for it to stop its military intimidation of Taiwan and for the two sides to resolve their disputes peacefully.

The US State Department again called for a “peaceful resolution of cross-strait issues” after Xi’s pledge to crush independence attempts last week.

Shih Cheng-feng, a political science professor at National Dong Hwa University in Hualien, said the US could be drawn into a war with Beijing if it declared support for Taiwan independence, but he noted that President Tsai had chosen to maintain the status quo and had merely used the independence cause to canvass votes.

“If she really wanted to declare Taiwan independence, she would have gone to the US and other countries for support and been pushing for this goal at home,” Shih said.