The drugs were seized in the cargo terminal of Hong Kong International Airport.

Customs officers at Hong Kong International Airport have recovered HK$77 million (S$13 million) of crystal meth in a cargo shipment airmailed from Mexico, their largest such seizure since 2010.

And the 110kg (243lb) haul of the drug, also known as Ice or methamphetamine, could have been worth six times more in other countries such as Japan and Australia, sources told the Post.

According to the Customs and Excise Department, the drug was found at the airport's cargo terminal on December 5. No arrests have been made, and details of the incident will be officially revealed on Tuesday.

"Hong Kong Customs detected the largest methamphetamine trafficking case since 2010 and seized about 110 kilograms of suspected methamphetamine with an estimated market value of HK$77 million," the department said in a statement.

Their biggest haul came almost a decade ago when customs officers closed down a drug manufacturing centre with the seizure of HK$175 million worth of crystal meth.

Officers from Customs Drug Investigation Bureau are still investigating whether the consignment was destined for other countries.

In June, Japanese authorities seized one tonne of crystal meth worth HK$4.35 billion and arrested seven suspected drug traffickers including several Hongkongers in the country.

In Hong Kong, the retail price of the drug Ice has increased from HK$550,000 per kilogram on the underground market earlier this year, to HK$700,000 per kilogram, according to one law enforcement source.

Last year the Post reported that a massive crackdown on crystal meth factories in Guangdong province over the past two years had forced Hong Kong drug dealers to find new suppliers. 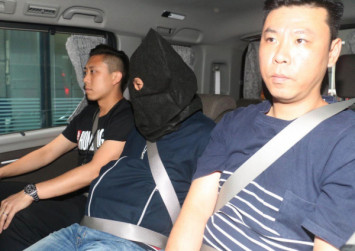 Another source said this year, there was an increasing amount of Ice concealed in parcels and airmailed into the city from Malaysia, Africa and Mexico.

He said the new trend had led customs officers to step up the inspection of inbound parcels, and boost intelligence exchange and co-operation with their overseas counterparts.