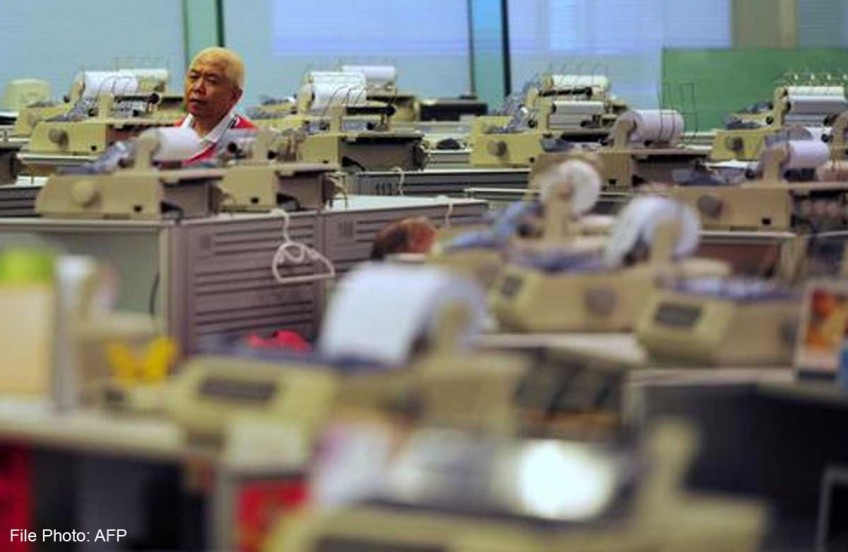 Suicides by three Chinese officials in three days last week have cast the spotlight on the psychological impact of China's anti-graft campaign and the level of care and help available for depressed officials.

The next day, Mr Xu Ye'an, deputy director of the State Bureau for Letters and Calls, which handles petitions on injustices or disputes such as illegal land grabs, was found hanged in his office.

On Wednesday, Mr He Gaobo, deputy director of the construction management office in Zhejiang province's Fenghua city, reportedly was found hanged from a tree on a hill in the city.

The three are among 23 officials who have taken their lives since Jan 1 last year - the most senior being China Railway Group president Bai Zhongren, who died last January - according to the China Youth Daily, the official newspaper of the Chinese Communist Party's youth wing.

The suicides have been mostly explained away with reasons such as depression or poor health, which has only fuelled speculation that the officials chose death to cover up misdeeds amid an unrelenting anti-graft campaign under President Xi Jinping.

"Talk of cover-ups is not baseless given the lack of transparency over their deaths and also the factors suggesting reasons other than health problems," said anti-graft expert Ren Jianming.

For instance, Mr He died after a building in Zhejiang collapsed on April 4, killing one and injuring six, while Mr Xu's workplace is described as one of the most corrupt government agencies, allegedly taking bribes from provincial governments to quash complaints from citizens.

That some of the suicides occurred at the officials' workplaces also lends weight to suspicions of cover-ups. Analysts say the choice of venue was made to stage final protests of innocence.

Professor Ren, of Beihang University, said that as the anti-corruption campaign intensifies without significant improvement in the problem, the trend of officials committing suicide to avoid investigation is likely to continue in the short term.

"Many will try and face the disciplinary actions while those who can will go into hiding here or overseas," he told The Straits Times. "But there are a handful who are mentally weak or deliberately choose suicide so as to prevent the shame they would bring to their families."

This is because disciplinary investigations in China tend to end when the prime suspects die.

It is also possible that officials commit suicide as part of a deal with accomplices so that their families will be taken care of in return, said Prof Ren.

As well, many find it hard to believe that Chinese officials, who enjoy high pay and attractive benefits, would suffer from depression, wrote analyst Zhi Zhenfeng, of the Chinese Academy of Social Sciences, in a commentary after Mr Bai's death.

But some observers believe more officials are suffering mental problems because of rising pressures at work.

The Internet age has made it easier for ordinary citizens to scrutinise the lives of officials to see whether they are adhering to President Xi's frugality campaign. As well, Premier Li Keqiang's efforts to streamline the bureaucracy mean there are fewer officials to share the workload, increasing stress.

The anti-graft campaign has also hit officials in the pocket, adding to the pressure they feel.

But observers say the spate of suicides does reflect a need to improve psychological care for Chinese officials and to deal with the unhealthy reluctance of those suffering from depression or other mental problems to seek help in case it hurts their careers.

Third People's Hospital deputy head Gan Luchun in Zhongshan city told the Guangzhou Daily in February that little is known in government agencies in southern Guangdong province about mental health issues, which are treated instead as "ideological problems".

Prof Ren believes the solution is to continue investigations even after the deaths of officials.

"Given that public interests are involved, a responsible government has to keep looking to give the public a proper account," he said. "It will also stop others forcing a scapegoat to take his own life to disrupt investigations."

This article was published on April 18 in The Straits Times.