The parents of a 21-year-old male host who died of acute alcohol poisoning at the club in Osaka, Japan, where he worked have won a seven-year legal battle to have his death recognised as being work related.

The ruling this week enables the parents of Yuya Tanaka to receive compensation from the state for his death, although the young man's father in a January interview with public broadcaster NHK said he was determined to pursue the case after it was initially rejected by the labour standards bureau because he did "not want the same kind of thing to happen again".

In April 2012, Tanaka started working at the Black Pearl host club, where handsome young men are paid to compliment women and are handsomely rewarded in return.

As a newcomer, Tanaka would have been under pressure to drink heavily, and on August 1 that year he took part in a drinking game in which he consumed large amounts of shochu spirits and tequila, Kyodo News reported. Authorities have never divulged exactly how much he consumed.

Tanaka subsequently passed out, although his colleagues did not realise he was seriously unwell until at least two hours later when he was found frothing at the mouth. He died later at a hospital of acute alcohol poisoning.

The Sankei Shimbun newspaper reported that prosecutors filed charges of professional negligence resulting in death against two employees of the host club, although the cases were subsequently dismissed. 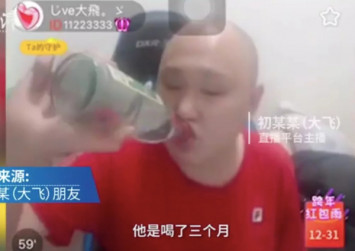 Another court did, however, find the operator of the club responsible for Tanaka's death. In a civil suit heard in February of this year, the owners were ordered to pay his parents damages of Ұ73 million (S$924,000).

In this week's ruling, Judge Hiroyuki Naito overrode the decision by labour officials not to grant workers' compensation on the grounds that "drinking alcohol was part of the job" and that it would have been "exceedingly difficult" for Tanaka to refuse the demands of his older colleagues to drink.

Brett Bull, who covers crime in Japan for The Tokyo Reporter website, said there were "regular reports" of hosts dying as a result of drinking too much and that this case was significant because the relatives of a host won compensation from both the government and the club's operators.

He is not optimistic, however, that Tanaka's death will lead to lasting change in the industry.

"It might lead to some short-lived changes where some clubs will issue warnings to show that they are cracking down on this kind of thing and that they are trying to clean up what is a pretty dark industry, but there are so many of these sorts of clubs all across the country that it will be very difficult to get definitive action across them all," Bull said.

"This is not going to be part of a law regulating the industry so it will only be on the conscience of the operator and that means it will be very easy to ignore again in the future. There are too many clubs and drinking is what they do in these places."