Denied admission in hospital, woman gives birth under a tree

BASHPUKUR, Bangladesh - A woman was compelled to give birth at an unhygienic area under a tree, as nurses and staffers of Phulbari Upazila Health Complex refused to admit her to the hospital on yesterday.

Without delay, he boarded her onto his van and drove her to the health complex, around 9 kilometres away from his home.

They arrived there at around 5:30am. "I took my wife to the first floor of the health complex for admission", said Abu Taher.

But, the nurses, identified as Rozina Akter and Afroza Begum, allegedly denied her admission.

The nurses not only "drove them away" but also told them to take her to a private clinic instead, giving no reason for why they refused to admit her. This reporter could not find the whereabouts of the nurses later.

When Abu Taher was resting his wife under a tree at the hospital compound while trying to find a solution, Rina's labour pain increased.

"An elderly woman came forward to help and laid Rina down under the tree. Rina gave birth to our newborn baby on nothing but grass," said Abu Taher.

After about an hour, due to locals complaining about the inhuman attitude towards the mother and child, the hospital authorities took them inside the health complex. They admitted her into the complex only after taking the admission fee. 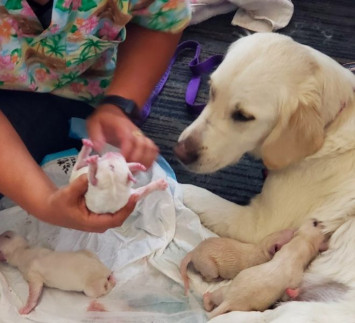 "Is this the health service system?" asked Abu Taher, demanding justice for such cruel actions taken against his wife and newborn daughter.

Contacted, Dr Nurul Islam, family planning officer of the complex, said that he heard about the incident from others.

"Action will be taken against those who were involved in this inhuman incident," he said.

Hosptial authorities "arranged treatment" for both the mother and the newborn, he added.