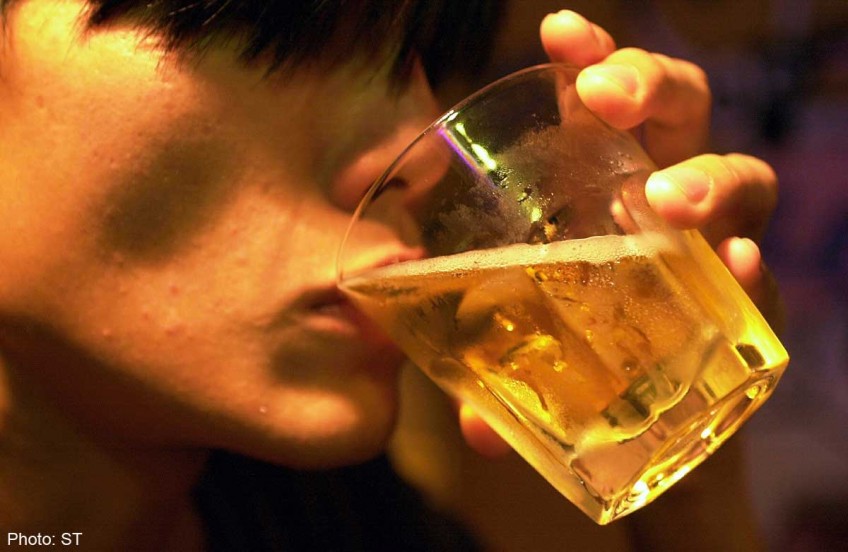 S KOREA - A recent study based on a survey of about 27,600 Korean 40-year-olds showed a high correlation between their living habits and depression. Heavy smoking and drinking more than doubles the risk of developing depression, while periodic exercise reduces the possibility considerably, according to the study.

Regretfully, smoking and drinking rates remain high among Korean adults. Most students and workers in the country can find little time to exercise regularly. Known for their impulsive temper, Koreans are also likely to become addicted to gambling, online games or narcotics.

These unhealthy habits and a growth in the number of people suffering from depression are partly related to ― or encouraged by ― the increasingly stifling atmosphere of Korean society, in which competition is intensifying, the crime rate is rising and the traditional family structure is collapsing.

According to figures from the National Health Insurance Corporation, the number of Koreans who received medical treatment for depression rose by 77 per cent over the past decade to about 580,000 in 2012. But it is presumed that a far greater number of people actually suffer from the mental disorder, as many patients are reluctant to seek professional help.

In a 2011 survey of about 6,000 adults, 14.4 per cent of the respondents said they suffered from depression or other psychiatric problems. But only 15.3 per cent of the sufferers received medical treatment or counseling, less than half the average for the 34-member Organisation for Economic Cooperation and Development. The corresponding figures were 39.2 per cent in the US, 34.9 per cent in Australia and 38.9 per cent in New Zealand.

The results of the survey prompted the government to put into practice a system last year, under which all Koreans are required to have a mental health checkup during their lifetime. The aim of the examination is not to make a concrete diagnosis but to give advice on whether a person needs a more thorough checkup and professional help. The system will have to be implemented properly to help people with depression and other mental disorders recognise their problem at an early stage and prevent it from deteriorating by getting professional assistance.

An analysis by a local research institute put the social and economic cost caused by depression at 10.3 trillion won ($10 billion) in 2011, up 41.5 per cent from 7.3 trillion won in 2007. The cost will continue to increase at a steeper pace unless efforts are made to curb mental health problems in a continuous and effective manner.

The early recognition of mental disorders and proper treatment will also help reduce the country's suicide rate, which has remained the highest among major developed nations in the past decade. According to a study conducted by the Ministry of Health and Welfare in 2012, about 57 per cent of people who committed suicide and 75.7 per cent of those who attempted to do so were found to have suffered from depression or other types of mental disorders.