Senators in the Philippines are investigating how a drug company won government contracts worth billions of pesos to supply personal protective equipment, face masks and coronavirus tests despite its owner being wanted in Taiwan on suspicion of securities fraud.

The government awarded Pharmally Pharmaceutical Corporation multiple purchase orders worth a total of 8.7 billion-pesos (S$235 million) between March 2020 and July 2021.

The government continued to buy from Pharmally even after its owner Huang Tzu Yen was put under investigation by the Taipei District Prosecutors’ Office in August 2020 and became the subject of an international arrest warrant issued by the same office on Dec 29, 2020, along with his father Huang Wen Lie. The elder Huang – also known as Tony Huang – was chairman of the flagship Pharmally International Holding, which was listed at the Taipei stock exchange.

“Why did we even deal with these shady individuals and companies?” asked opposition senator Risa Hontiveros of the Akbayan Party during a press conference on Wednesday.

Hontiveros said she was “astonished” and “dismayed” that Lloyd Christopher Lao, an undersecretary of the Department of Budget and Management in charge of the procurements, had admitted to the Senate that he skipped “due diligence” checks on the company because he was scrambling to secure supplies.

She said had Lao even done “a little googling” he would have found that father and son were both fugitives. 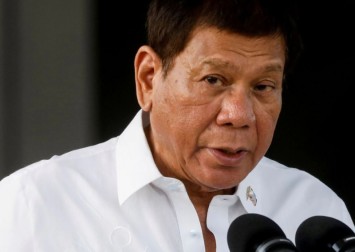 Senators have also questioned how such large contracts could have been awarded to a firm that was incorporated only the year before the deals with paid-up capital of just 625,000 pesos and no sales in its first year.

The firm has been accused of selling overpriced PPE supplies to the Philippines, with senators hearing that the government had purchased face masks for between 13 pesos and 27 pesos each, while the Philippine Red Cross had been able to buy them for just 5 pesos.

With anger mounting over the depth of the scandal, questions are being asked about how far up the chain of command the company’s influence reaches.

“We see a pattern of corruption that was perpetrated by [undersecretary] Lao and his cohorts. It cannot have been done by Lao alone, he has a backer and we need to know who that backer was,” opposition senator Franklin Drilon told the hearing on Monday.

Embarrassingly for President Rodrigo Duterte , the Senate probe is also investigating whether his former economic adviser Michael Yang had any involvement in the deal.

Last week senators watched a 2017 presidential palace video in which Yang introduced Duterte to top executives of Pharmally International Holding, which included both father and son.

The Taipei prosecutor’s office accuses the two Huangs and Zheng Bingqiang of “stock manipulation”, “fraud in financial statements” and “illicit transfers of company assets” within the Pharmally Group, which resulted in Pharmally owing the Bank of Guangzhou in Xiamen 237,220,000 yuan (S$49 million).

In fact, she said: “Zheng Bingqiang met Duterte in 2015, just as he was finalising his presidential run. It was also in 2015 that now President Duterte toured the Full Win offices in Xiamen with Michael Yang.

“And of course, there’s that video of Duterte meeting Pharmally officials in 2017,” Hontiveros said, adding: “Is there more to this story than what the president is leading us to believe?”

On Tuesday, a pre-taped video aired by state television station RTVM showed Duterte railing against the senators for investigating Yang and defending his friend, whom he said he had known as a businessman in Davao City “for 20 years”.

Yang and the Pharmally owner and government executives have been summoned to appear at the Senate probe next week.