Does 'game-changer' Delta signal game over for the Asia-Pacific's zero-Covid approach?

Personnel from the Australian Defence Force and New South Wales Police Force patrol a street in the Bankstown suburb during an extended lockdown to curb the spread of the coronavirus disease (Covid-19) in Sydney, Australia, on Aug 3, 2021.

The Delta variant is fuelling doubt over the sustainability of the Asia-Pacific’s “zero-Covid” strategies, as growing Covid-19 outbreaks push the limits of elimination tools such as lockdowns and border closures.

Political leaders and public health experts in zero-Covid economies such as Australia and New Zealand have in recent days begun shifting discussions towards learning to live with the virus once vaccination rates rise, although Hong Kong is maintaining its bid to stamp out Covid-19.

Disillusionment with elimination policies is growing in the trans-Tasman neighbours and Vietnam, which have implemented some of the strictest lockdowns yet to curb the spread of Delta – which is believed to be about twice as transmissible as the original strain that was first identified in Wuhan, China.

In Hong Kong, where cases are still effectively zero, there is widespread frustration at the lack of an exit strategy from some of the world’s strictest border and quarantine controls as authorities double down on a policy of isolation.

Peter Collignon, an infectious disease expert at Australian National University Medical School in Canberra, said the “game changed” after the emergence of Delta.

“Despite having very early lockdowns, it’s spreading. So realistically, I think zero Covid is not going to happen,” Collignon said of recent pandemic control measures in Australia and New Zealand. “And the other thing is, it was realistically never going to happen once we had high levels of vaccinations and less restrictions. It’s not looking like you can control Covid and get elimination even if you lock down with one person.”

Frederik Gollob, chairman of the European Chamber of Commerce in Hong Kong, said it was obvious societies would have to learn to live with Covid-19 sooner rather than later.

“By insisting on a zero-Covid strategy we will find ourselves in the same spot indefinitely,” he said. “That is a major concern for European businesses in Hong Kong. We are closely observing the developments in Singapore as they seem to have changed into the direction which we propose also for Hong Kong.”

On Monday, Australian Prime Minister Scott Morrison warned that while lives and livelihoods had been saved by lockdowns, the country could not endure them forever.

“Once you get to 70 per cent of your country that is eligible for the vaccine and 80 per cent, the plan sets out that we have to move forward,” he said, referring to the federal government’s respective targets for ditching most lockdowns and easing border controls. 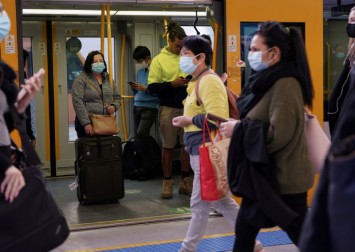 New South Wales Premier Gladys Berejiklian, who has favoured more moderate restrictions than her counterparts even as cases continue to increase, said every state would need to learn to live with the virus once 80 per cent of adults had been vaccinated. “You cannot keep Delta out forever,” she said.

Their remarks came as several state leaders, including Western Australia Premier Mark McGowan, indicated lockdowns could remain on the cards in the event of future outbreaks even after vaccination rates topped 80 per cent.

Australia, where more than half the country’s 25 million people are in lockdown in a bid to curb the current outbreaks, on Monday reported 906 cases, the most since the pandemic began.

New South Wales reported 818 cases, slightly down from a record 830 cases the previous day. The neighbouring state of Victoria reported 71 new cases, the most in almost a year, as it this month entered a sixth lockdown due to the spread of the Delta variant.

Catherine Bennett, a public health expert and epidemiologist at Deakin University in Melbourne, said the emergence of a major outbreak in Sydney in June had marked the beginning of the end for Australia’s zero-Covid experiment.

“Other states and territories are now also finding this particular variant impossible to contain sufficiently to close down spread, even with early and hard lockdowns, having watched Sydney’s growing outbreak,” Bennet said.

“It is now changing the way Australians think about the control goals for current outbreaks, and how people are reading the government’s plan. It was thought we would have to make the hard call about when we would ‘let the virus in’, which has been a point of difference between us and other countries. But the virus now is in, and it is staying.” 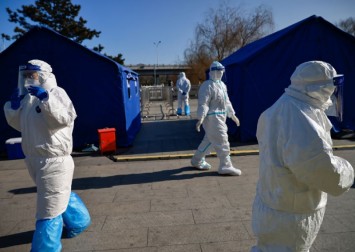 In New Zealand, Covid-19 minister Chris Hipkins on Sunday told a current affairs programme the Delta variant raised “big questions” about the country’s future plans, which include a long-term elimination strategy even as borders are gradually opened to low-risk countries.

Hipkins said the country’s pandemic defences had begun to look “less adequate and less robust – as a result of that we are looking very closely at what more we can do there”.

“At some point we will have to start to be more open in the future,” he said.

New Zealand, which went into lockdown over a single case earlier this month, reported 35 cases on Monday, its highest daily caseload since April 2020.

Singapore, which has fully vaccinated more than three-quarters of its population, has in recent weeks shifted toward living with the virus, announcing quarantine-free travel with Hong Kong, Macau, Germany and Brunei, with more destinations expected to be added in the coming weeks. The island nation on Monday reported 94 new cases.

In Vietnam, which spent much of the pandemic free of Covid-19, authorities on Monday reported more than 10,260 new cases and 389 deaths. A third of the country is under movement restrictions, including the capital Hanoi, Ho Chi Minh City, and the Mekong Delta.

On Monday, Ho Chi Minh City entered an extended two-week lockdown with stricter controls, under which residents are prevented from leaving their home even to buy food, after existing measures failed to bring cases under control.

With less than 2 per cent of the country’s 96 million people fully vaccinated and inoculation supplies running short, there has been little public discussion about ending lockdowns despite fatigue from the restrictions beginning to register.

Last week, six Hanoi-based public health organisations wrote a 15-page open letter to the government with recommendations including the amendment of lockdown measures to protect the welfare of vulnerable and at-risk groups – such as elders and the poor – from being further affected by restrictions.

In highly vaccinated countries such as Israel, which has begun offering booster shots to those over the age of 40, cases have risen or stayed high due to the Delta variant, although deaths and hospitalisations have dropped to fractions of their pandemic peaks.

“Because the current vaccines against Covid-19 do not produce ‘sterilising immunity’ – a double-vaccinated person can still get Covid-19 and have mild symptoms, and transmit the virus to others – it is also possible that double-vaccinated people are less likely to get tested and isolate and this may further spread the virus,” said Alexandra Martiniuk, an epidemiologist at the University of Sydney School of Public Health.

Some authorities and public health experts continue to view a zero-Covid strategy as both achievable and desirable. Mainland China has vowed to stick with a zero-tolerance approach to the disease, pushing back strongly against calls to live with the virus from both inside and outside the country.

Beijing on Monday reported zero cases, after squashing flare ups across the country with mass testing and strict lockdowns. In Hong Kong, authorities have given no indication of when the city might reopen, despite expectations 70 per cent of adults could be vaccinated by next month.

Hong Kong commerce secretary Edward Yau on Monday said the government was pursuing a “safe strategy” and reopening the border with mainland remained the No 1 priority. “We must keep Covid-19 at bay before we talk about a full and entire open border or economy,” he told Bloomberg.

Michael Baker, a professor of public health at the University of Otago in Wellington, said he believed it was still possible to bring Delta outbreaks back down to zero. 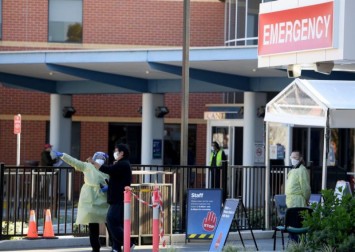 “Recent outbreaks in China, Taiwan and Singapore appear to be under control, with declining case numbers that suggest elimination will be achieved,” he said. “In Australia, some states appear to have successfully eliminated Delta variant outbreaks, notably South Australia in June and Queensland in July-August.”

Nicholas Thomas, an expert in health security at City University of Hong Kong, said he expected the city would need “near total” vaccination to reopen, including boosters that did a better job of stopping transmission than the Chinese-made Sinovac jab, which accounts for about half the city’s inoculations.

“The only way forward for Hong Kong is to increase the rate of vaccines, but then to have booster doses – particularly BioNTech or possibly Moderna – ready to deploy before the end of the year,” he said. “The rest of the world is moving on. We need to get our community protected so that Hong Kong can open up to the post-pandemic world and not be left behind.”

Nick Wilson, a professor of public health at the University of Otago, said he believed New Zealand would get its outbreak under control, but conceded Delta had changed the calculation for other countries.

“Delta is very difficult and there is quite a high chance that elimination will be abandoned in Australia overall in the near future,” Wilson said. Additional reporting by Sen Nguyen in Ho Chi Minh City