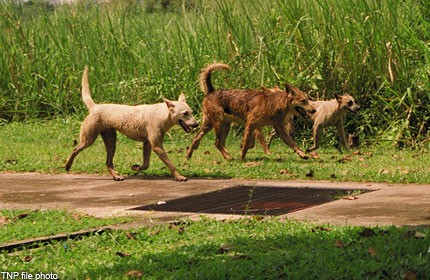 The man from Weilou village, and two others, went to steal dogs on Oct 3.

But the man was struck by a dart and died minutes later, the report said. His two colleagues fled the scene but turned themselves in the following day.