Domestic helper sues ex-employer for secretly filming her in shower

An Indonesian domestic helper has sued her former Hong Kong employer for damages and demanded a written apology after he was jailed for secretly filming her in her shower.

In a writ filed to the District Court, Siti Rahayu accused Sin Man-yau, 62, of sexual harassment and of breaching the Sex Discrimination Ordinance for recording her at her workplace, his Tseung Kwan O flat.

The court documents, filed last Thursday, said the alleged harassment spanned from December 1, 2016 to February 24, 2017, until Rahayu discovered a black, ball-shaped digital camera fastened to a bathroom shelf, with the lens facing her.

A police report was made and Sin was arrested the following day, on February 25, 2017. 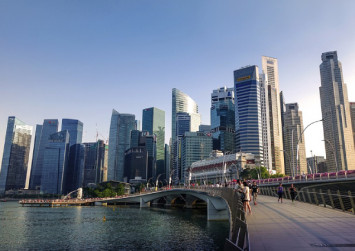 Investigators later found Sin had installed the camera and made at least 20 video recordings for his personal enjoyment of his helper dressing, undressing and using the shower in his bathroom.

Sin was jailed for four months by the Kwun Tong Court in March 2018, following his guilty plea to one count of accessing a computer with dishonest intent.

The sum is equivalent to about two years' pay, based on the minimum wage for domestic helpers at the time of HK$4,410 per month.

Minus the settlement, Rahayu has demanded HK$86,235.49 and further compensation for emotional injury.

She has demanded Sin provide a written apology and formally state that there are no other images of her in his possession.

The first hearing is scheduled on April 30.