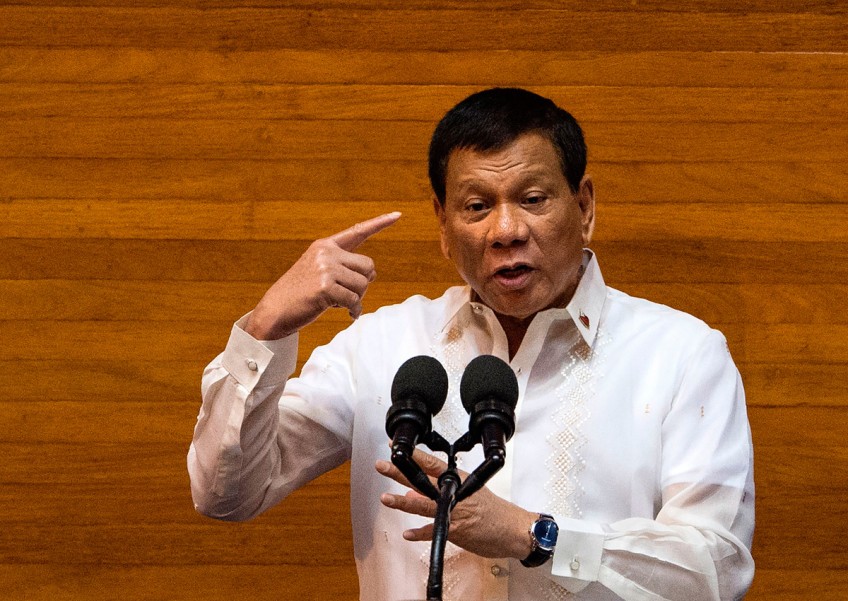 The government spent at least P501 million (S$13.4 million) for 19 trips to 17 countries made by President Duterte since he took office last year, but the country gained at least $38.6 billion, or almost P2 trillion, in investment pledges, loans and private corporate deals, according to administration and official records.

The costs do not yet include amounts spent for his second trip to Cambodia and his brief stop in Hong Kong in May.

The Inquirer has yet to obtain details of the expenses incurred for these trips through a Freedom of Information (FOI) request.

Data so far obtained through an FOI request from the Malacañang Records Office showed that Mr. Duterte's aborted trip to Russia in May cost P65.087 million.

The President cut short his Moscow visit, his latest foreign trip, because of the attack of pro-Islamic State extremists in Marawi City.

He spent only a little over a day in Moscow, just enough time for him to hold talks with Russian President Vladimir Putin.

Transportation accounted for the biggest expense item of the President's foreign travels, according to the records.

The chartered flight for his visit to Russia cost P40.673 million. The hotel bill, which amounted to P11.141 million, was the next biggest expense.

His trip to China, also in May, cost the government P48.801 million, with the chartered flight accounting for the bulk of expenses at P25.595 million. Hotel accommodations cost P8.61 million.

It was his second trip to China, which he first visited in October 2016.

His other trips this year - to Myanmar, Thailand, Saudi Arabia, Bahrain and Qatar - cost P109.774 million.