Ombudsman Conchita Carpio Morales on Thursday said it was not acceptable that President Rodrigo Duterte is "goading" people to kill drug addicts at the height of his administration's war on drugs.

Morales made this statement in her interview with Japan's NHK World that aired Thursday night in the Philippines.

Morales said she considers it a "problem" that Duterte is egging on people to arm themselves and kill drug suspects. 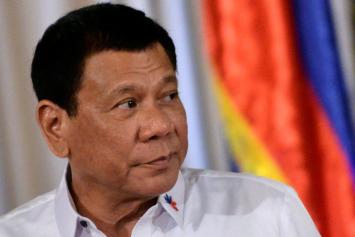 Morales' latest statement departs from her opinion last year when she said there is nothing illegal in the President's threats to kill criminals in his public speeches.

"It's not illegal to say I will kill you," Morales said during the Meet the Inquirer forum December last year.

On Thursday, however, Morales said Duterte's order for police and even the public to kill drug pushers and users is unacceptable.

"You know, they try to rationalize whatever he says so whether or not the police or whoever he addresses these words believe him. That's a different story. The directive to kill people under any situation irrespective of the context to me, that's not acceptable," she said.

Morales said her office would consolidate all the complaints involving the spate of extrajudicial killings in the administration's war on drugs, and would conduct a fact-finding investigation.

Morales said the probe would even have a bearing on the drug sale and trade charges filed against Senator Leila De Lima, who is detained at the Philippine National Police Custodial Center. 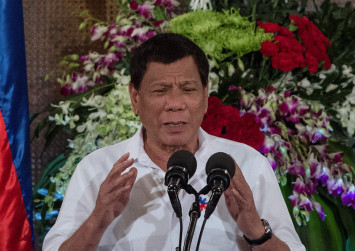 Morales earlier said she would inhibit from the complaints involving Duterte, to whom she is related by marriage.

Morales is the sister of Lucas Carpio Jr., the husband of Court of Appeals (CA) Justice Agnes Reyes Carpio.

Complaints were filed against Duterte before the Ombudsman for plunder over his alleged hidden wealth and the ghost employees of Davao city when he was mayor, and for murder over his links to the vigilante group Davao Death Squad (DDS).

The murder, kidnapping and torture complaint was filed by self-confessed DDS member Edgar Matobato, who said Duterte ordered them to kill criminals and his rivals in Davao city.

In 2014, the Ombudsman terminated its probe on the DDS due to lack of evidence, quoting a report from the Commission on Human Rights

Davao Regional office that dismissed the allegation as "chismis" or gossip.

The Ombudsman recently said it may reopen it if there is new evidence.