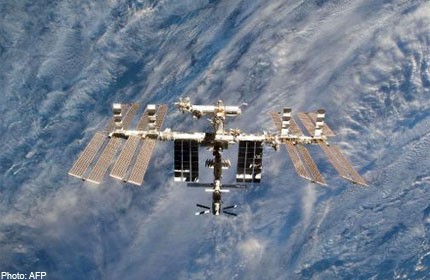 The first of three experimental modules for China's planned space station is expected to be launched in 2018, with the other two set for launch in 2020 and 2022, a leading scientist said.

The modules will help form a 60-ton space station.

"We set the date as a preliminary goal," said Gu Yidong, an academic at the Chinese Academy of Sciences and a leading research expert in manned space stations.

Previous media reports set the launch date for the modules at around 2020.

"The date might be changed because a number of factors can influence a launch date. This is a common feature in international research," Gu said at a Beijing forum on space research.

Since the International Space Station is expected to be retired in about 2024, China's station may be the only remaining base for mankind in space.

"It will be a great opportunity for China to develop space science. Meanwhile, China's lunar probe and possible deep space probe projects are set to provide a historic breakthrough for lunar and planetary research," Gu said.

He is confident that after two decades of development the country will help lead the way in exploring and understanding the final frontier.

Scientists are drafting a plan on how to best use the space station to facilitate research.

Gao Ming, director of the technology and engineering centre for space utilization under the Chinese Academy of Sciences, which is in charge of drafting the plan, said that the space station will accommodate a specialised lab for applied physics and general research which will study areas such as the origins of life and black holes.

But research will not be solely focused on outer space. Earth observation will play a key role, especially regarding the environment and monitoring disaster response, she said.

Experiments on the ground have already commenced to make sure that the modules work as efficiently as possible. These experiments include life sciences, conditions in microgravity and fluid physics, she said.

Because China's space station may play a unique role after 2020, there have been requests from specialists around the world to cooperate, according to Gao with the CAS.

"It will be a win-win situation. China and other countries share common interests in some areas. The cooperation will benefit both sides," Gao said.

Scientists hope the details of any international cooperation can be nailed down later this year.

Gao said the centre is working on a dozen space-related programs in cooperation with international researchers.

China has collaborated with Russia on astronaut training, spacecraft technology and spacesuits, and Chinese and German scientists have also performed experiments on how to sustain life in space during the unmanned Shenzhou VIII mission in 2011.

China launched the Tiangong-1 space lab in 2011. Over the next two years an unmanned and two manned spaceships docked with it, proving China's rendezvous and docking technologies.

It is reported that China will launch the Tiangong-2 space lab around 2015, which will test the technology to sustain astronauts for longer periods in space as well as conduct experiments.