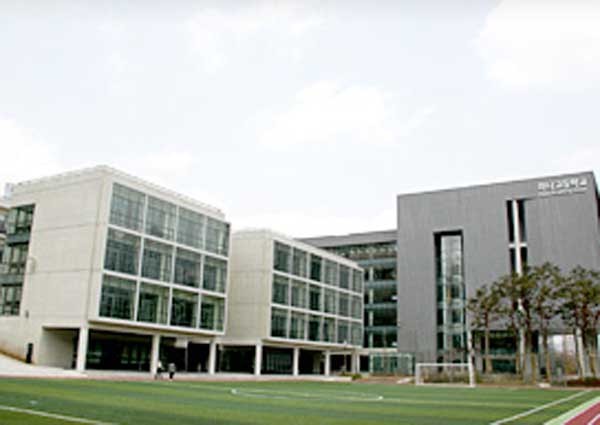 Hana Academy Seoul (HAS) is an independent private high school in Seoul and is likely to be one of the schools to be affected by a shift in South Korea's education policy.
Hana Academy Seoul

With liberal President Moon Jae-in in power, South Korea's education policy is set to shift away from elitism toward equality. And the nation's most coveted schools are first to take a hit.

Elite private high schools, which in their heydays were gateways to prestigious universities here and abroad, are facing an existential crisis, as education chiefs in Seoul and its surrounding Gyeonggi Province have vowed to rescind their autonomy in school curriculum and admissions.

Seoul and Gyeonggi Province are home to nearly half of the nation's 51 million population, and 23 of the nation's 46 "autonomous" high schools as well as many other elite private schools.

Seoul's liberal education chief Cho Hee-yeon has long campaigned for a removal of those schools, emphasizing equal opportunities for students and negative side effects such as excessive competition.

Superintendent Lee Jae-jung of Gyeonggi Province recently went a step further, stating that elite schools in his province would "lose their special status starting from 2020."

The two regional chiefs' egalitarian vision is likely to receive a major boost from the Education Ministry, which holds the final say on the fate of the elite institutions, as President Moon has nominated Kim Sang-kon, a champion for liberal educational ideals.

The elite institutions being targeted by liberal reformers are autonomous schools and special-purpose schools, which are given rights to run their own curriculum and select students based on aptitude.

In 2014 alone, the 46 autonomous schools nationwide sent 68 times more students than regular schools to the country's top Seoul National University, according to the university's report published in 2015.

They remain atop of the school pecking order until today.

Despite tuition fees amounting up to over 20 million won (S$24,434) a year, these schools have become the favoured choice for parents who want better education for their children. Competition to get into these schools has become so fierce that it now starts in primary schools.

"In our city, there are a few standout middle schools which send many students to autonomous and international high schools. Apartment complexes near those schools carry higher prices, because many parents with school-age kids want to move to the neighborhoods," a mother of two from Anyang, Gyeonggi Province said.

"The initial purpose was to create a better educational environment for young students to reach their full potential," he said on radio, recently.

"But now the elite schools are the primary cause of the nation's educational inequality, far excelling regular schools in academic achievements. To send their children (to these schools), parents spend more on private education," he added.

Last year's spending on private education for elementary, middle and high school students marked an all-time high at 18.1 trillion won, a 1.3 percentage point increase from the previous year. In the same year, the country's national budget was 386.4 trillion won.

A public survey, released Monday by Realmeter, showed that 52.5 per cent of those polled support the plan to abolish elite schools, while 27.2 per cent opposed it.

Opponents of the abolishment of elite schools -- many of them parents who send their kids to those schools or have been preparing to do so -- are crying foul. They criticise the government's lack of coherence in national education policies.

"We sent our children to the autonomous private high schools with regard to the government policy, and now they say the schools have to be abolished for creating a hierarchy," said Song Soo-min, head of an association of parents who have children attending one of the schools, at a press conference Thursday in Seoul.

"Our children are not laboratory rats upon whom the government undertakes policy experiments," Song said.

On the same day, principals of 23 Seoul-based premium schools issued a joint statement, calling the authorities' move to shut them down "a populist policy."

"We will use every means possible to deter the closure of the schools," the group said in a statement.

Experts also say removing elite schools would not solve all problems in a country obsessed with children's education.

"Local-based autonomous schools help improve access to high-quality education for students in all parts of the country," Lim Sung-ho, the head of Jongro Academy, one of the biggest hagwon chains here, told The Korea Herald.

"Abolishing them all together might force parents to flock to the capital Seoul to look for high-quality education, widening the education gap among regions in the long run," Lim added.