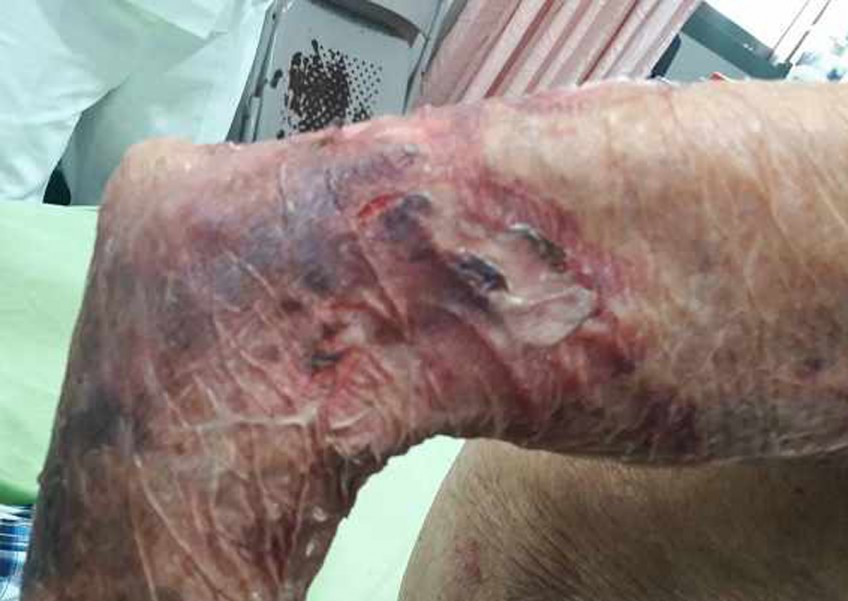 TAIPEI, TAIWAN - The Kaohsiung metro came under fire Thursday after an 83-year-old man died from injuries suffered in a fall on a station escalator last week.

The man, surnamed Chen, fell when stepping onto the escalator at Exit 1 of Kaisyuan Station.

He was hospitalised for 10 days and succumbed to his injuries Thursday.

At no point during Chen's time in hospital did Kaohsiung Rapid Transit Co. check in on his condition or investigate the case, according to family members.

KRTC was not trying to shirk its responsibility, Department of Public Affairs head Shih Yao-cheng said.

But Chen's family think the metro company has more responsibility than it's owning up to.

His daughter, Chen Mei-ling, said her father was wounded by the jagged escalator steps, which continued moving even after he fell.

Chen had suffered bruising to his face, left hand and left leg, and had to receive 51 stitches, she said.

The daughter cited surveillance footage showing the escalator to be stationary before Chen approached.

Escalators that people have not used for a specified period, typically more than a few minutes, go into energy-conservation mode, slowing down or stopping entirely.

When Chen stepped onto the first step of the escalator, it began moving -- causing him to trip.

It continued carrying Chen upward out of the station until a metro employee spotted him and shut off the escalator.

Chen Mei-ling hit out at the metro company for failing to stop the escalator immediately and for ignoring her father's case after he was hospitalised.

Hospital records show that there were multiple wounds and bruises on Chen's face, neck, arm, abdomen and back.

Shih, pointing to surveillance footage, said Chen had been using a walking stick and had been carrying bags.

He expressed his condolences to Chen's death on behalf of the metro company and said the company would not shirk its responsibilities.