Emotional send-off for Xi was a fitting finish 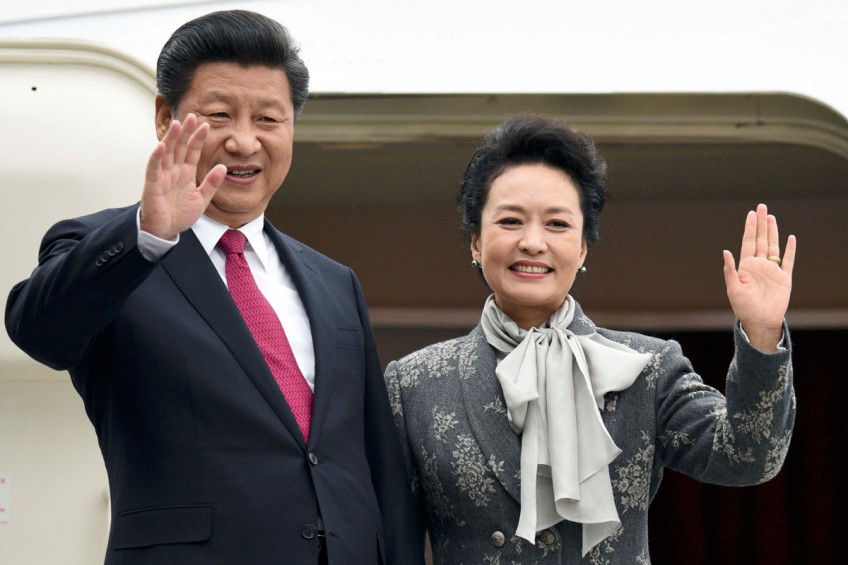 China's President Xi Jinping and his wife Peng Liyuan wave as they board their aircraft to return to China, at Manchester airport in Britain.
Reuters

There were emotional scenes as President Xi Jinping and his wife, Peng Liyuan, waved while their limousine swept out of Albert Square in Manchester at the conclusion of their weeklong state visit to the UK.

Thousands of Chinese, many of them local students, surrounded the square in front of the city's town hall, a symbol of Britain's Victorian industrial power, where the couple had just had lunch with civic leaders. They shouted, "Xi Dada! Xi Dada", a term of endearment, referring to him as uncle.

This was no manufactured nationalism, as some of the British media had suggested, but reflected both a youthful nationalism and a confidence in the new direction of the country.

Apart from South African president Nelson Mandela nearly two decades ago, you would have to go back to perhaps 1977 to witness such crowd scenes for a foreign leader's visit. It was then that US president Jimmy Carter famously ventured to another northern English city - Newcastle upon Tyne.

Xi's visit was a redefining one in many ways. With agreement on about 30 billion pounds ($45.94 billion) of investment in major projects including nuclear power and high-speed rail, the UK was making the statement that the West had to be open to business with China.

The United States' closest ally was also sending a message that the world has now changed fundamentally, that you cannot ignore China's rise to be the world's second-largest economy, but should instead embrace and work with China, and that the UK was going to lead the way with a new "golden era" of relations.

The latest issue of The Economist magazine makes clear this is considered a brave move. "Rarely has a visiting head of state been granted such a tour - but then rarely has a British government staked so much on one relationship," it concluded.

The Financial Times said on Friday that the visit "marks a momentous geopolitical shift" and concluded that Chancellor of the Exchequer George Osborne, whose September visit to Beijing prepared the ground for the visit, was taking a gamble that could secure London's future prosperity and "end up being particularly successful". But it questioned the timing, with China's economy slowing.

Some, such as Niall Ferguson, a history professor at Harvard University and author of the recently published Kissinger: 1923-1968 The Idealist, believe that it's Britain, and not the United States, that now has the right approach to China.

"Many people I have spoken to in Beijing feel frustrated at the lack of clarity in US strategy," he said.

"I know that Kissinger, for one, believes there is only one way forward for US and China relations, and that is for them to be close and amicable, and I am hoping that Washington perhaps takes their key from London."

The best-selling author said that much of the debate about China's new role in the world ignores the fact that Beijing needs the West's help if it is to get through imminent and key stages in its development.

"The challenges that China's leaders face are daunting, and we need to be sympathetic to them as they try and grapple with them. The British approach is the constructive one."

One key challenge that China faces is the opening-up of its capital markets and financial system without having a 1990s Asian financial crisis-style destabilization of its economy, so that Shanghai can emerge as one of the major global financial centres of the 21st century.

After Xi's visit last week, London is in pole position to be world's largest offshore RMB centre, which will help China through this process. The UK Treasury on Oct 21 became the first non-Chinese issuer of yuan sovereign debt.

John Ross, a senior fellow at the Chongyang Institute for Financial Studies at Renmin University of China and a former director of economic policy for the mayor of London, believes this could mean that the UK is becoming a major new partner of China's and that talk of a "golden era" is far from rhetoric.

"China wants to build the RMB into a major international currency, but it will take time, perhaps 15 to 20 years, for it to develop Shanghai into a financial centre to facilitate this," he said.

"It could, however, use either London or New York to internationalize its currency. You only have to contrast the reception they have had in the UK last week from (Prime Minister David) Cameron and British business to the hostility they consistently get from the US, to know which they now regard as the safer bet."

The ground was laid for a new financial partnership between the two countries in March when Britain agreed to become a founding member of the Asian Infrastructure Investment Bank, which is largely Chinese funded.

Some see the bank as the beginning of a new global financial order that challenges the World Bank and International Monetary Fund.

Martin Jacques, author of When China Rules the World, the second edition of which is about to be published in China, believes the UK's involvement could prove to be a historic moment.

"The United States was actively campaigning against countries joining the new bank, and the country you would least expect to join and go against the American position was the UK, given the history of the 'special relationship'," he said.

"It was the most extraordinary event. There was no precedent for a non-Asian country joining."

Many of the key announcements made last week were about the long-term investments the Chinese are set to make in the UK's infrastructure.

China's State-owned China General Nuclear Power Corp is to take a 33.5 per cent stake in the new French-designed Hinkley Point power station in Somerset, which is scheduled to be completed in 2025. The Chinese are also likely to invest in a plant at Sizewell in Suffolk in eastern England.

Xi's visit is also likely to be followed up by announcements of proposed Chinese investment in the next phase of Britain's high-speed rail network to link Birmingham, Manchester and Leeds.

Additionally, a cluster of Chinese businesses is to be set up at a cost of 130 million pounds at Airport City, itself an 800 million pound joint venture between State-owned Beijing Construction Engineering Group and UK construction company Carillion at Manchester's airport.

Such investments will help bolster Chancellor of the Exchequer Osborne's vision of a Northern powerhouse, making the UK economy more balanced and less London-centric.

Many in the northern business community believe that Xi's visit could prove to have a dramatic impact on the city.

"Manchester has already been moving up the gears over the past few years, but for Xi to choose Manchester to visit is significant and could make a major difference in international perceptions."

Meanwhile, it was the relaxed style of the president and Peng Liyuan that won over many Britons.

The president looked very much at home with the regulars of The Plough at Cadsden in Buckinghamshire when he popped in with the prime minister for a pint of Greene King IPA and fish and chips.

These were the more lasting impressions, rather than accusations of Chinese steel overcapacity resulting in the announcement of 1,200 job losses at Scunthorpe in North Lincolnshire and Lanarkshire in Scotland on Oct 20. This despite only 8 per cent of British steel imports coming from China.

To many in the UK, Xi came across as a man with whom you can do business, as the UK government clearly intends to do.

[[nid:231332]]
SUBSCRIBE TO OUR NEWSLETTER
Your daily good stuff - AsiaOne stories delivered straight to your inbox