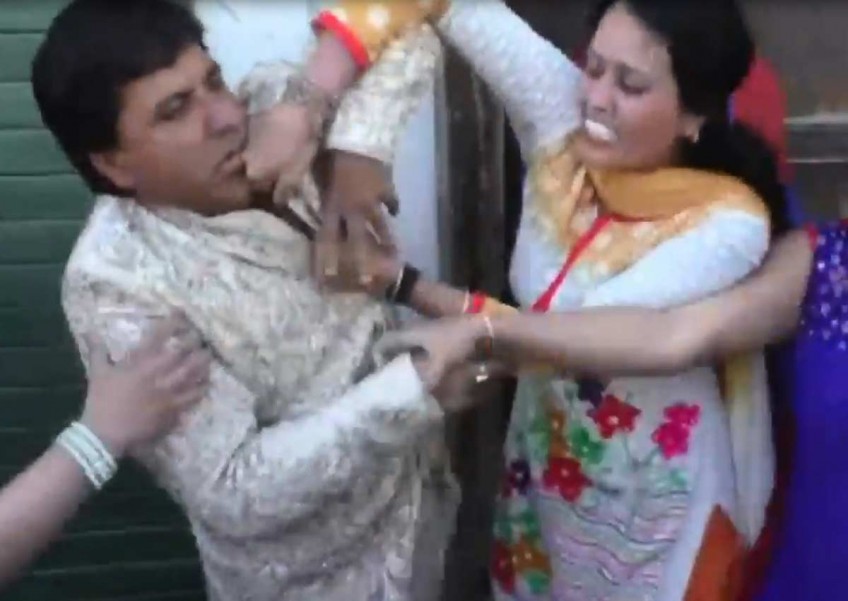 What was set to be a beautiful matrimony ended in violent calamity in Ludhiana, on Monday (Mar 6), after a woman claiming to be the first wife of a bridegroom gate-crashed her estranged husband's wedding celebrations - as he prepared to marry a woman 18 years his junior.

According to Rahki, the first wife of Vishal Kumar Sonu, the bridegroom was still married to her and had been for the past 14 years.

Although he claimed not to know her during the fight, the woman says she is the mother of their thirteen-year-old child.

However, she had moved to live with her parents as their relationship deteriorated due to money issues.

The groom was led away from the dramatic scene by police where Sonu had been set to marry his second wife. He insists that he had divorced his first wife.

The case is expected to be resolved in court.