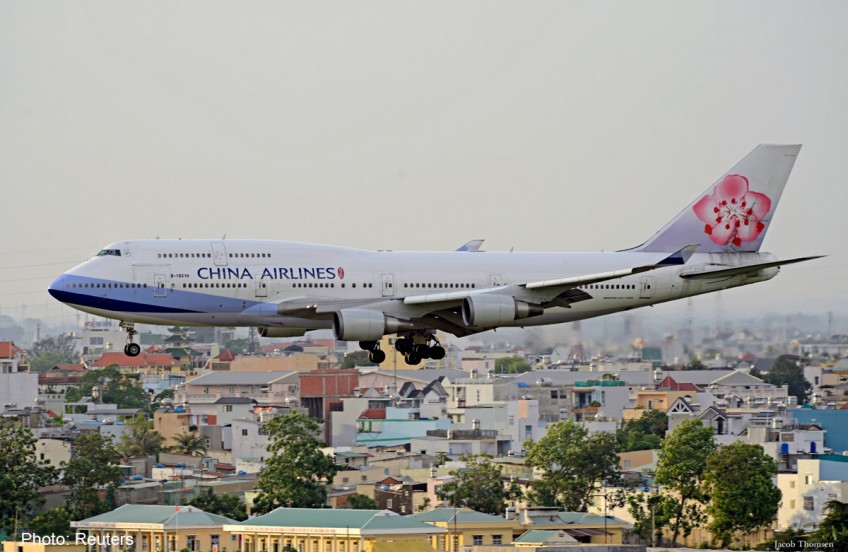 A Malaysia Airlines passenger plane traveling from Amsterdam to Kuala Lumpur and carrying 298 people was shot down over war-torn eastern Ukraine on Thursday, Ukrainian officials said.

CAA Deputy Director-General Lee Wan-lee (李萬里) said that there are often plenty of flight routes for airlines to choose from.

Lee said that China Airlines and EVA Air chose flight routes that lead the aircraft over Ukrainian air space because it can shorten the travel distance.

However, Lee said that after the conflict in eastern Ukraine started, China Airlines and EVA Air picked other routes to avoid the conflict zone.

According to China Airlines, its current flight route from Europe is through Romania, Bulgaria, Turkey, Azerbaijan and Turkmenistan before entering Indian air space.

EVA Air General Manager Austin Cheng (鄭傳義) said flight BR88 of EVA Air flew over Ukraine at around 8 p.m. on Thursday night on a flight route that is to the south of the route that flight MH17 was on.

Cheng said that there are many routes to choose from when traveling between Europe and Asia, and that flying over Ukraine is one of the shortcuts a plane can take.

According to Cheng, when the conflict in eastern Ukraine started, EVA Air chose an alternative flight route. However, Chen said that the intensity of the conflict started to lessen so the airline decided to change back to the original flight route going through Ukrainian air space.

After flight MH17 crashed, Cheng said that the flight route for all the EVA Air flights bound for Europe were immediately switched to the route that flies over Turkey, increasing travel time by about 20 minutes.

Ministry of Foreign Affairs (MOFA) spokeswoman Anna Kao (高安) yesterday said that the travel alert for Donetsk and Lugansk areas in Ukraine will stay "red," which is the highest level, and travelers should avoid visiting those two areas.

According to MOFA, so far there is no information from Malaysia Airlines that suggests that any passengers of flight MH17 are Taiwanese citizens.

The Associated Press said that the Boeing 777-200ER, traveling from Amsterdam to Kuala Lumpur, appeared to have broken up before impact and the burning wreckage - which included body parts and the belongings of passengers - was scattered over a wide area.