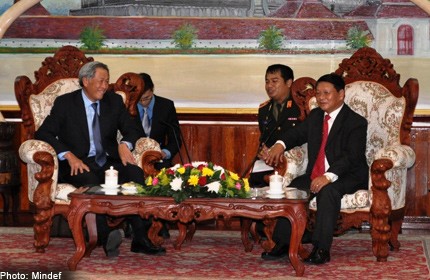 LAOS - Diplomats and official passport holders will soon no longer require exit visas to make official foreign trips to countries in which Laos has agreements on visa exemption after the cabinet approved a new regulation last week.

The new regulation is expected to take effect in September, a senior official of the Consular Department, Ministry of Foreign Affairs told the Vientiane Times yesterday.

The move is to streamline procedures after learning that the current processes to acquire an exit visa from the Ministry of Foreign Affairs are 'time-consuming'.

Under the new regulation, officials and diplomatic passport holders do not need an exit visa from the Ministry of Foreign Affairs, but only require approval from their line organisations to obtain permission for foreign trips.

For example, a reporter for a state journal is only required to get approval from the Ministry of Information, Culture and Tourism, he explained, in keeping with the concept of the new policy.

"In the proposal, we recommend that a particular organisation takes a management role for their own employees on the matter. But this might be revised based on recommendations from the cabinet members," said the official who asked not to be named.

The cabinet approved the new regulation in its monthly meeting last week at the Government Office, chaired by Prime Minister Thongsing Thammavong.

The official also stated that the new regulation will not permit the holders to use official and diplomat passports for personal trips.

Under the current procedures, those in geographically far provinces in particular face difficulties in conducting the paperwork to get an exit visa from the foreign ministry, the official said. He added the concept of the new regulation is to enable provincial authorities to grant full approval for foreign trips of their employees and cut the time involved.

However, diplomatic and official passport holders who want to make official foreign trips to countries with whom Laos does not have an agreement on visa exemption, still need to obtain an official letter from the Ministry of Foreign Affairs to facilitate the process of acquiring a visa from the embassies of the relevant countries.