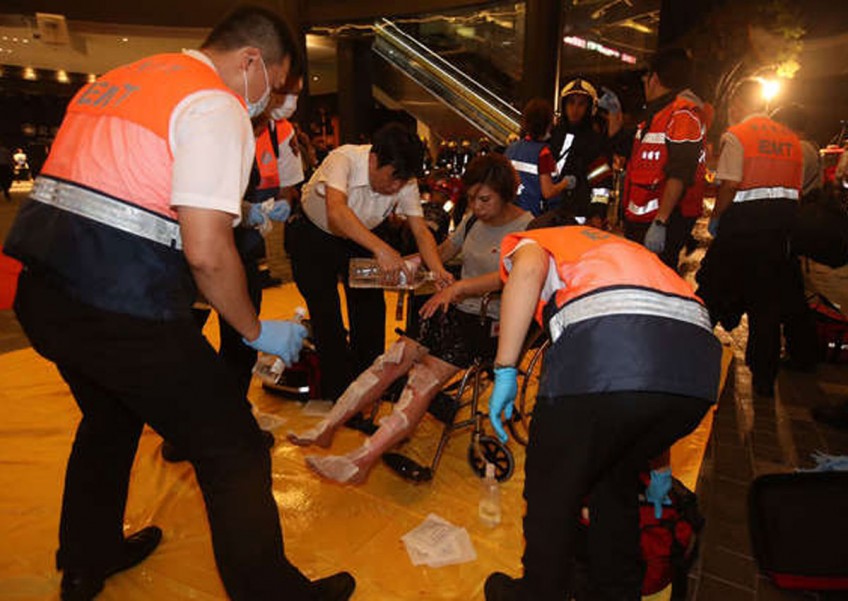 The explosion is suspected to have been caused by pre-made explosives. A 20-centimeter-long firecracker was found at the scene.
The China Post/Asia News Network

TAIPEI, Taiwan - Up to 21 people were injured in an explosion on Train 1258 operated by the Taiwan Railway Administration at around 10pm Thursday night near Songshan Station.

The explosion is suspected to have been caused by pre-made explosives. A 20-centimeter-long firecracker was found at the scene. The exact cause of the explosion was still under investigation as of press time.

Up to 11 ambulances were dispatched to take victims to the Tri-Service General Hospital and other local hospitals.

Among the police officers who rushed to the scene was Chen Kuo-en, director-general of the National Police Agency, to obtain a better grasp of one of the most gruesome accidents in recent years in Taiwan.

The Executive Yuan was immediately informed of the news, and Premier Lin Chuan has ordered speedy response measures in the wake of the accident.

After the accident, Train 1262 was called upon to transport the train's passengers.

Both the National Police Agency and the Criminal Investigation Bureau are taking charge of the investigation.