Police were called to Lo Wu station after an employee spotted wires in a bag.

Hong Kong police called the bomb squad to a railway station at the border with mainland China on Sunday afternoon, when two explosive devices were found on a train.

The police force called the incident part of an ongoing bombing campaign and said the city was "one big step closer to terrorism" carried out by extreme, violent individuals.

One of the devices was defused, while another caught fire and spurted white smoke, though it was unclear whether it had been detonated. No one was hurt.

Police said officers were called in when a cleaner spotted a plastic bag under a seat on a train, which arrived at a platform at about 3.10pm. The cleaner moved the bag to the platform, where another employee examined it and saw wires inside.

When police arrived, they cordoned off the site and called in the explosive ordnance disposal bureau.

Alick McWhirter, a senior bomb disposal officer, said the bombs were viable. One of them partially functioned, while officers defused the other.

"Over the past days, weeks and months, Hong Kong has been faced with an ongoing bombing campaign," he said, adding that powerful home-made bombs were "designed to kill and injure innocent people".

A video released by police showed the semi-functioning bomb catching fire and giving off smoke. The power and nature of the explosives had yet to be analysed. 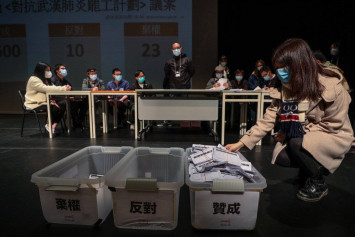 Police said one user of online platform Telegram had claimed responsibility for planting the bombs, and expressed anger at the Hong Kong government's refusal to fully close the border, amid fears over the spread of the deadly coronavirus.

The user threatened mainlanders by saying they should consider their personal safety when visiting Hong Kong and that "planting bombs was easy" no matter how good police deployment was.

Earlier, protesters had promised a "dawn of anti-epidemic" action if the government did not heed calls for border action against the virus, which began in the mainland province of Hubei.

Superintendent Po Chun-kuen of the organised crime and triad bureau said: "These home-made bombs were used as weapons by terrorists abroad… the case is very serious. You can imagine if it exploded in a concealed, running train. People nearby might get hurt, the smoke also could cause serious harm to a lot of people." 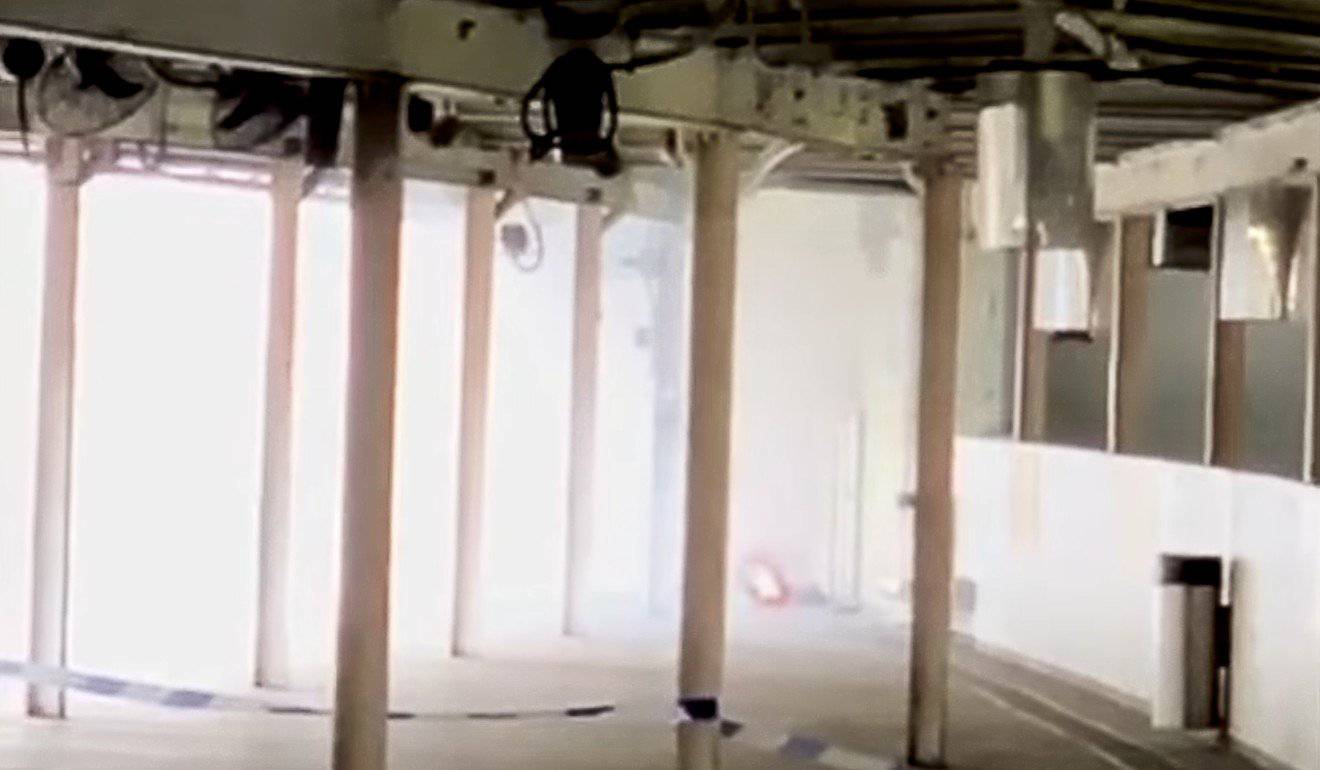 One of the devices caught fire and gave off smoke. PHOTO: Hong Kong Police Force via South China Morning Post

Po said the substances used in the latest incident, the fourth of its kind in recent months, would be studied to see if the case was related to previous ones.

"Police strongly condemn these extreme, violent individuals, what they have done is like one big step closer to terrorism," he said.

Trains did not stop at the station in the hours following the discovery, and services to other stops on the line were restricted. By 9pm, services were gradually resuming.

It was the second time in a week that East Rail line services were disrupted. Early on Jan 29, a flaming object was thrown onto the tracks near University station by protesters, while some other items were also found in Fanling and Sheung Shui.

Hong Kong has been roiled by more than seven months of civil unrest, sparked by the now-withdrawn extradition bill. The campaign has morphed into a wider anti-government movement, fuelled by anti-mainland sentiment. Amid the Wuhan virus crisis, protesters have used it as justification to stem the influx of mainlanders into the city.