Chiang Rai immigration police on Sunday arrested three women and a transvestite after one of them boasted online of their illegal return from Myanmar.

On November 24, one of the women announced on Facebook that she and three of her friends had used the natural route to cross into Thailand.

When this post was seen by other social-media users, they attacked the women for being irresponsible and raised concerns about the risk of Covid-19 spreading.

Upon hearing of the post, immigration police collaborated with local authorities and public health officials to hunt down the group. The woman who posted the message was found with one of her friends and arrested at a checkpoint in Chiang Rai’s Mae Chan district.

She was identified as Nongnuch Srihawong, 28, and her friend as Nirawan Chandarui, 29. Neither of them had fever and were taken to the Chiang Rai immigration office for interrogation.

The other two women in Nongnuch’s group were found to have checked into a hotel in Mae Sai district. They were identified as Kanokporn Saensantia, 31, and Pattaraporn Ayuwat, 28. 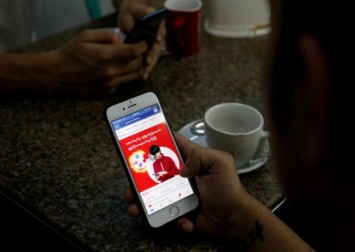 Upon interrogation, the four women said they had initially crossed over to Myanmar’s Myawaddy city from Tak’s Mae Sot district to work illegally. They had apparently been offered jobs by a Myanmar man.

However, they decided to return to Thailand after realising that the economic situation in Myanmar is bad and also because they were concerned about Covid-19 cases there. They stayed in Mae Sai district for three days before parting. Nongnuch and Nirawan were heading to Pattaya to look for work, while the other two were planning to travel to Chiang Mai.

The women have been charged and quarantined.