Faster broadband in China by 2015 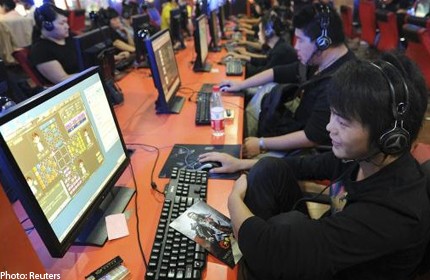 BEIJING - China intends to be thoroughly connected to the internet by 2015, with urban and rural household broadband speeds reaching 20 Mbps and 4 Mbps respectively, according to a blueprint issued by the State Council on Saturday.

The "Broadband China" strategy and implementation plan was posted on the central government's website on Saturday. It outlined the target and timetable for China to become a leader in international broadband accessibility.

It sets out three plans for China to deploy and upgrade its current broadband networks.

By the end of this year, 40 per cent of the country's households will have access to fixed broadband and 25 per cent of Chinese citizens will be able to access third generation (3G) or fourth generation (4G) mobile broadband services.

Under the strategy, the next few years will see optical fiber to the home (FTTH), or to the building (FTTB) completed in cities by 2015.

Urban household broadband speeds should reach 20 Mbps, with some getting even faster service of 100 Mbps. Rural households will have access to speeds of 4 Mbps.

By the target year, China will have a fixed broadband user base of 270 million and 850 million Internet surfers.

The third stage of construction will follow from 2016 to 2020. The State Council has stipulated that the gap between China's broadband infrastructure level and that of developed countries must be narrowed, and broadband speeds in urban and rural households will need to reach 50 Mbps and 12 Mbps by 2020.

Broadband networks are strategic public infrastructure under the new era of China's economic and social development, according to the paper. Broadband projects will drive effective investment and promote information consumption, it pointed out.

The average fixed broadband download speed in China was 2.93 Mbps in the first half of this year, according to a report released by the Broadband Development Alliance, a third party research organisation.

"Generally speaking, China's broadband development is at the middle and lower levels across the world. The situation does not match the country's position as the world's second largest economy," said Fu Liang, a Beijing-based independent telecom analyst.

Compared with neighbouring countries such as Japan and South Korea, which emphasised broadband development and invested heavily in related projects decades ago, China has been left far behind, he said.

Japan and South Korea are already offering 4G mobile network commercial services while China started 3G network deployment only four years ago and has yet to issue 4G licenses.

Li Yizhong, former minister of Industry and Information Technology, had previously said average information and telecommunication spending per capita in China was under $200 every year, far less than that of developed countries, which stood at thousands of dollars a year.

Earlier this week, the State Council said China aims to boost public sector and household spending on the IT industry by more than 20 per cent annually through 2015.

By that year, the end of the 12th Five-Year Plan, information consumption volume will exceed 3.2 trillion yuan ($522 billion) and create 1.2 trillion yuan worth of output for related industries.

China Telecom Corp Ltd, the nation's biggest fixed broadband operator, announced this month that it would speed up broadband services to 100 Mbps in some Chinese cities.

"If a household gets access to networks with a speed of 100Mbps, all family members will enjoy smooth, high-quality entertainment on the Internet, including online videos and games," officials at China Telecom said.