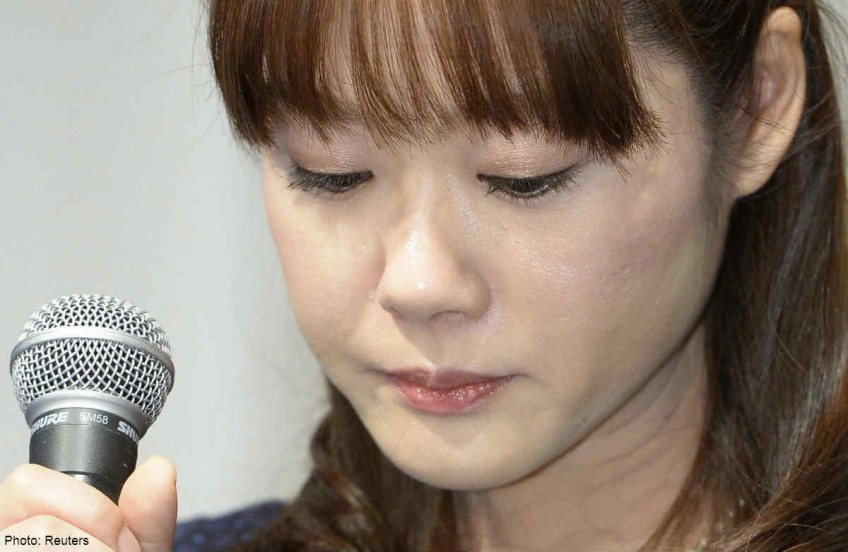 Amid a series of research misconduct cases involving universities and research institutions in the nation, such as the recent controversy over articles on stimulus-triggered acquisition of pluripotency (STAP) cells, there is increasing criticism over insufficient investigations into suspected research misconduct.

For example, an investigative panel at Waseda University probed the work of Haruko Obokata, a unit leader at government-backed research institute RIKEN, who is at the centre of the scandal over STAP cells. It said there was no need for the university to retract her doctorate although the panel admitted the doctoral thesis contained misconduct and irregularities.

Meanwhile, RIKEN's internal investigative committee that was in charge of reviewing the STAP articles had overly narrowed down the range of issues to be covered, raising one new doubt after another since its investigation was closed.

These cases shed light on the lenient attitude of research institutions and universities toward their colleagues and fellow researchers.

"I can never go along with such a result. Japan's academics will lose trust if this goes on," a Waseda professor in a department related to science and technology said with anger after the university's investigative panel announced its final report on the probe of Obokata's doctoral thesis Thursday.

The panel identified intentional misconduct in six parts of Obokata's thesis, including the fact that text on 20 pages-about one-fifth of the entire thesis-were copied from the website of the US National Institutes of Health, while also pointing out a total of 20 irregularities such as fraudulent use of images.

Even with these conclusions, the panel judged that there was no need for Waseda to retract Obokata's doctorate because it judged the research misconduct and irregularities were not made to fabricate the experiment results that constitute the basis of the thesis.

Under Waseda's rules, academic degrees will be retracted if they are obtained through illicit means. Hideaki Kobayashi, the lawyer who headed the investigative panel, said at the press conference announcing the findings Thursday, "Even though we think it is wrong at heart, we cannot retract her doctorate if we interpret the rules as written."

In that regard there is criticism from within and without the university, such as, "If the university awards an academic degree to a student who has committed research misconduct, it sets a bad precedent."

Meanwhile, some point out that the investigation itself was insufficient. Interviewing people involved in suspected research misconduct is the most important method to discover the full scope of suspicious activity. However, the panel conducted only one 90-minute interview with Obokata and it was not able to interview Harvard University Prof. Charles Vacanti, an advisor for Obokata's experiment described in the doctoral thesis, because he had refused to be interviewed. Concerning notebooks on the experiment, which could have served as evidence to back up the thesis, only copies of some parts of the notebooks were submitted.

In addition, there are too many loose ends in the investigation. While the panel said that the doctoral thesis was a rough draft and there was a finished version with plagiarism and other irregularities corrected, this conclusion was based on Obokata's claim that she had submitted a rough draft by mistake. According to the panel, Obokata submitted the so-called final version by e-mail this June, but the submitted file had been updated just one hour before being sent. The panel has failed to confirm what was rewritten in the data.

The internal investigative committee of government-backed research institute RIKEN, which confirmed research misconduct in STAP articles in which its researcher Haruko Obokata was the lead author, faces criticism similar to that confronting Waseda University.

Concerning the inclusion of investigators belonging to the same institution as researchers suspected of misconduct, some say such investigations can be conducted effectively because internal members are familiar with the situations in the organisation.

Keiichi Nakayama, a professor at Kyushu University who is familiar with research misconduct, said, however: "[With such members,] an investigation could become less strict. In my view, both RIKEN and Waseda University seem to be trying to protect their own organisations."

In 1992, the US government established the Office of Research Integrity aimed at helping universities and research institutions investigate suspected research misconduct, mainly in the fields of medical science and life science, in order to prevent investigations left wholly to organisations from which the problems arose.

In Japan, doubts were raised over a large number of papers published by a laboratory of the University of Tokyo in 2012, and the university's investigative panel has been continuing its probe into the papers.

In December last year, the Science Council of Japan proposed setting up a third-party panel so external experts can give advice or instructions to organisations involved in research misconduct.

Some say the sluggish progress in investigations of suspected research misconduct is partly caused by sloppy management of documents and data by universities and research institutions.

Careless screening of dissertations at universities is the main cause of a recent series of cases of misconduct involving academic papers, according to experts.

Haruko Obokata's doctoral dissertation was mainly screened in two processes-first at a public hearing in which Obokata presented her thesis in front of her thesis supervisor, or principal referee, as well as deputy supervisors who support the supervisor in screening papers. This was followed by a meeting of the department's screening committee at which the principal referee explained the thesis to the professors whose specialties were touched on in Obokata's studies.

According to the investigation panel that looked into Obokata's doctoral dissertation, however, Obokata submitted her dissertation only several days before the public hearing was held, leaving little time for participants to examine the paper.

Charles Vacanti, one of three deputy referees, was absent from the public hearing, at which it took only 30 minutes to screen the thesis.

Furthermore, the university usually conferred doctoral degrees on students if papers written by them were carried in science journals that have have experts screen the papers before publication. Even though theses are required for academic degrees, this practice means the university relies on the screening process of science journals to approve the theses.

A crucial part of Obokata's doctoral dissertation was carried by an American science journal, whose main publishers included Vacanti.

University of Tokyo Prof. Osamu Sakura, who specializes in sociology of science and technology, said, "The screening process is too careless, but I doubt if it is related to the issue of whether the academic institute is qualified to grant [students] doctoral degrees."

Meanwhile, Waseda University School of Advanced Science and Engineering is conducting internal investigations on all doctoral dissertations it has accepted so far. Masahiro Kami, a project processor at the University of Tokyo said: "The current case of Obokata is just the tip of the iceberg." Because the internal investigation lies in the hands of thesis supervisors, some observers are sceptical about the effectiveness of the investigations.

Another major reason behind the misconduct involving academic papers is thought to be the national policy of increasing the number of doctoral degree holders. In the 1990s, the government began promoting a policy to increase the number of doctoral degree holders significantly to lift the level of Japan's science and technology to that in European countries and the United States. In response to the policy, universities across the nation have given doctoral degrees to more students.

According to the government's White Paper on Science and Technology and other sources, about 18,000 students received doctorate degrees in fiscal 2006, nearly double the figure in the early 1990s.

Sakura said: "The number of academic degree holders produced by universities is [seen as] a measure of the schools' value. Therefore, universities may grant degrees to students even if they don't deserve them."