Ferry believed to be carrying 153 sinks near Surabaya, 140 saved 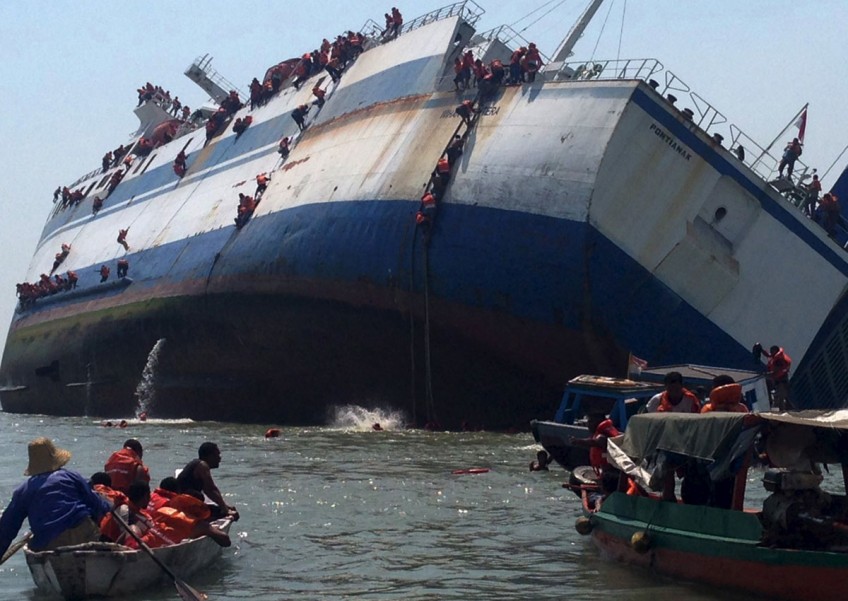 A ferry estimated to be carrying 153 passengers has sunk near Teluk Lamong port in Surabaya, East Java.

The vessel, identified as Wihan Sejahtera, was bound for Ende, East Nusa Tenggara. The incident happened at 9:30 a.m. on Monday.

Port spokesperson Reka Yusmara Mardiputra said authorities had saved 140 passengers, adding that the cause of the incident had yet to be established.

"I haven't received any information on the total number of passengers on board, but we have saved 140 passengers from the sinking ship," he said as quoted by Antara news agency.

The victims were taken to Porth Health Centre (PHC) and Gapura Surya Nusantara (GSN) Hospital in Surabaya to receive treatment.

Reka said a diving team had yet to enter the boat, as its engine was still turning, making it dangerous to enter the ship.

"The vessel has sunk to a depth of 16 meters. That is too deep. The distance between the location of the sunken vessel and the port is about 150 to 200 meters," he said.