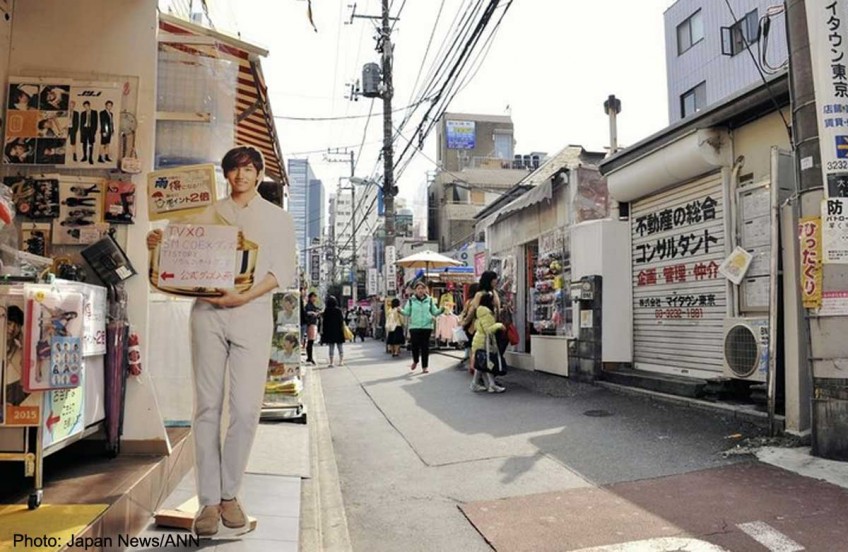 The number of Japanese tourists has been substantially falling amid chilled relations between Japan and South Korea.

Last year, the number of Japanese tourists to South Korea dropped to two-thirds of its 2012 peak. The number of visitors to the Shin-Okubo district in Tokyo, where tourists once flocked from around Japan to enjoy the neighborhood's Korean atmosphere, has also been decreasing.

This year marks the 50th anniversary of the normalisation of diplomatic ties between the two countries. Officials of Japanese and South Korean tourism-related organisations are increasingly concerned about the situation. They said they do not want to let friendly bilateral relations, which have been fostered over a long period of time, fade out.

"The travel time [from Tokyo to Seoul by plane] is the same as that from Tokyo to Osaka by Shinkansen train," Seoul Mayor Park Won Soon said in front of about 100 representatives of Japanese travel agencies and others at a tourism promotion event organised by Seoul, which was held in Tokyo on Feb. 2. "Please come to Seoul."

An employee of one travel agency said, "I felt that the situation has changed." South Korea used to be a popular destination. However, when the employee made a proposal to a company for a trip to South Korea, an official of the company rejected the idea, saying, "We don't have to bother to go to South Korea now."

South Korea has lost popularity as a destination also because faith in its safety has been shaken, especially after the sinking of the Sewol passenger ferry in April last year.

In contrast, the number of South Korean tourists visiting Japan increased by 30 per cent for the last two years due to the depreciation of the yen. "It seems that Japanese people took the deterioration of the South Korea-Japan relationship more seriously," said Kang Joong Seok, who heads the Tokyo branch of the Korea Tourism Organisation.

The Shin-Okubo district in Tokyo's Shinjuku Ward, a mecca for fans of South Korean culture, is changing.

Until just three years ago, the Ikemen-dori (Street of good-looking men) in the district, where Korean restaurants and shops selling goods related to South Korean celebrities stand side by side, was packed with tourists. However, the street is now uncrowded. "It [the number of tourists] dropped to 30 per cent of the peak level," said Oh Yeong Seok, chairman of the Shinjuku South Korean merchants association.

In the past several years, many Korean restaurants and celebrity-goods shops have closed. The famous Taishikan Korean restaurant was shut down in August last year. At the restaurant, supporters of the Japanese and South Korean national teams cheered for their teams during the 2002 FIFA World Cup Korea/Japan.

Hate speech, which has been conspicuous for several years, also adversely affects the popularity of the district. Oh expressed disappointment, saying, "It is a matter of regret that even Japanese people who are interested in South Korean culture keep away [from the district]."

To improve this situation, the private sector is making an effort to promote exchanges between the two countries.

In December, the Japan Association of Travel Agents, to which major travel agencies belong, dispatched about 1,000 sales staff from its member companies to South Korea and planned package tours featuring regional cities and towns in South Korea.

Meanwhile, shops in the Shin-Okubo district will jointly establish a tourist information centre and introduce shuttle bus services circulating in the area next fiscal year.

The Tokyo metropolitan government and Seoul announced last month a joint statement, pledging that the two cities will promote exchanges in such fields as sports, culture and tourism ahead of the 2020 Tokyo Olympic and Paralympic Games.