A still from the music-video project 'Mental Sound' by Vietnamese rapper Avocat.

"On TikTok I give advice, but in real life, I don't usually do that," he said. "When people message me for advice, I often ask them questions to guide them through their feelings and situation and empower them to self-govern."

In urban Vietnam, young people like Binh, whose content has been viewed some four million times on TikTok, have taken it upon themselves to raise awareness of mental health issues using social media as the nation reels from the struggles of pandemic-induced lockdowns, and a major economic contraction.

A spate of youth suicides over the past year has sparked particular concern.

Binh, in his daytime job as a teacher and counsellor at an international school in Hanoi, uses one-to-one sessions to tackle sensitive topics such as suicide with students by focusing, among other things, on the media they consume.

His videos on TikTok cover similar ground, but he is able to be more subjective. Last week, Binh used the platform to call out social media users for making disparaging comments about a video of an overworked 16-year-old student taking his own life by jumping from a Hanoi high-rise at around 3am.

The clip, accompanied by a suicide note attributed to the teen, had been shared so widely by April 2 that an alarmed Vietnamese information ministry instructed social media service providers in the country to remove it and related content from their platforms.

Popular comments on the CCTV footage, which showed the teen studying under his father's supervision before his death, said the boy should have toughened up and been better under pressure.

Binh responded by asking such commenters if they had "patiently studied the context and story of the people involved", and to show more empathy. His response video has been watched nearly half a million times.

A day before the teen's death, an eighth-grade student in Bac Ninh, to Hanoi's east, was found hanged at home alongside a suicide note. The month before, a ninth-grader jumped to her death from a Hanoi apartment building after she came home in a bad mood, complaining to her sister about school.

And on April 6, another eighth-grade student in southern Dak Lak province was found dead in his family's kitchen next to a note citing family pressure. As of Saturday (April 23), investigators have yet to determine if it was suicide.

Throughout the pandemic, the lives of millions of students across Vietnam have been punctuated by school closures that have lasted for months, or even a year for some.

In a statement last month, Rana Flowers, Unicef's representative to Vietnam, said that the government had failed to take into account children's mental health, learning and development when enforcing prolonged school closures. She also noted that the prevalence of Covid-19-linked severe illness among children was low. 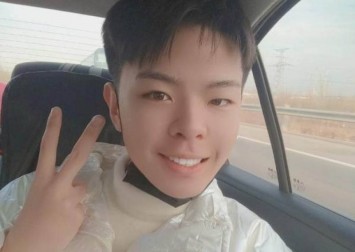 A 2018 joint report by Unicef and the London-based Overseas Development Institute found that, even before the pandemic, Vietnamese children were suffering from anxiety, depression, loneliness and attention deficit issues. Survey respondents also reported feeling that mental health problems were already widespread and spreading further.

Vietnam's recent spate of youth suicides has increased calls for more public discourse on the issue. The 2018 report cited research showing Vietnam's adolescent suicide rate historically had been lower than the global average. Nonetheless, it remains a taboo topic that few talk about openly.

Dr Dang Hoang Giang, social activist and author of Black Ocean — Stories From the World of the Depressed, said that to the best of his knowledge, there were not even any formal suicide support groups in the country.

"In Vietnam, suicide is too much of a taboo topic for anyone to stand up and say 'I attempted suicide, let us work together'," said Dang, who is an authoritative voice on mental health discourse in the country. "None of the families whose members have killed themselves speak up either."

Other factors play into a lack of mental health awareness in the country, such as a general lack of specialised service provision at the local level — with most mental health professionals based in hospitals.

A 2018 study on mental health literacy in Vietnam published in the International Journal of Mental Health Systems found it to also be lacking. Other major barriers to accessing treatment it identified included a shortage of resources, inadequate provision of psychiatric services, and social stigma.

Tackling social stigma is at the heart of Vietnamese indie rapper Avocat's YouTube music-video project Mental Sound, which attempts to strike a note of empathy and encourage other members of Vietnam's Gen Z to speak up about their mental health problems.

"He probably is just a bit sad. That boy thinks too much. That girl is probably making a scene. She'll be over it in a few days. Those are the words they drape us in. They hurt like knives cutting skin," the rapper rhymes in Vietnamese over a rhythm that emulates the sound of a depressed heartbeat.

Nguyen Xuan, who leads the project, said her team of four had picked up on how popular indie rap artists were becoming among young people in Vietnam and the similarity between sound waves and a heartrate monitor.

"Some of us are spinning like a top. We don't know what we need or want," said Nguyen Xuan, 'Mental Sound' team leader.

"We want to use the language of the young to speak with them [about mental health]. You cannot use the adult's teaching and dry language for this," the 22-year-old team leader said.

Xuan, who lives in Ho Chi Minh City, relates to members of Gen Z who suffer from depression, as she was afflicted by it as well in her early years at university. She lacked the self-awareness and self-reflection to help herself, she said, as the country's education system did not teach such skills.

Read Also
Screening for anxiety should begin at age 8: US panel says 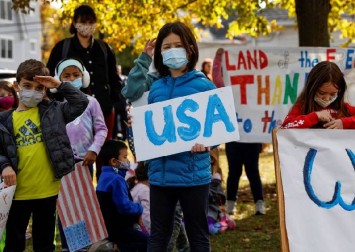 "Some of us are spinning like a top. We don't know what we need or want. Some pick the wrong university and we don't know what our strengths are. This is when a personal crisis can take place," she said.

After launching the music video in December last year, Xuan's team invited other creators to write lyrics detailing their own experiences with mental health issues using the instrumental from Mental Sound.

About 20 new songs had since been created by young people in Hanoi and Ho Chi Minh City, Xuan said.

In Da Nang City, Tran Mai Ly runs what she calls a "healing circle", composed of topical online and in-person workshops helping people of all ages, from nine to 60, explore their mental and emotional struggles.

A typical circle starts with a game, encouraging participants to be mindful of their senses. "I invite you to find five things you can see, four things you can touch, three you can hear, two you can smell and one taste lingering in your mouth," she instructs workshop attendees over Zoom, followed by a moment of reflection, breathing exercises and a poetry recital.

Influenced by the mindfulness teachings of global spiritual leader and "zen master" Thich Nhat Hanh, the 29-year-old since 2019 has co-founded the Song Thien meditation centre and Healing Circles Vietnam.

The latter group, started last year, is inspired by a US organisation of the same name — focusing on mindful living and empathetic communication.

Mindfulness, the practice of focusing intently on everyday actions and activities such as breathing, walking, and even washing dishes, was of key teaching of the late Nhat Hanh and has inspired millions of adherents worldwide.

Ly organises a weekly meeting for a range of people including cancer patients, drug abusers and people who have been bereaved, to meditate on their emotions, needs and wounds so they can take their time to recover.

She described the people she helps as "an unfinished Lego set that collapses and their pieces are laid all over the floor", referring to unresolved emotional and mental issues.

Through individual exercises and group activities, Ly said attendees identify their boundaries so they have the time "to complete their Lego set and others will not step on their pieces".

ALSO READ: A fitness lover on racism, suicide attempt at 15 and cancer diagnosis that helped her focus on mental health

Community-led efforts such as Ly's are attempting to fill the gap left when official sources fall short. "The civil society sector can act quickly and more timely. We empower each other instead of waiting for somebody to give us a solution," she said.

But coordinators like Ly are themselves stretched by high demand, and in need of more support to enhance social workers' capabilities and decrease their caseloads.

To reach more communities, Ly said her team is planning to coach others to organise healing spaces. A priority must be "to [continue] nurturing the community of social workers," she said.